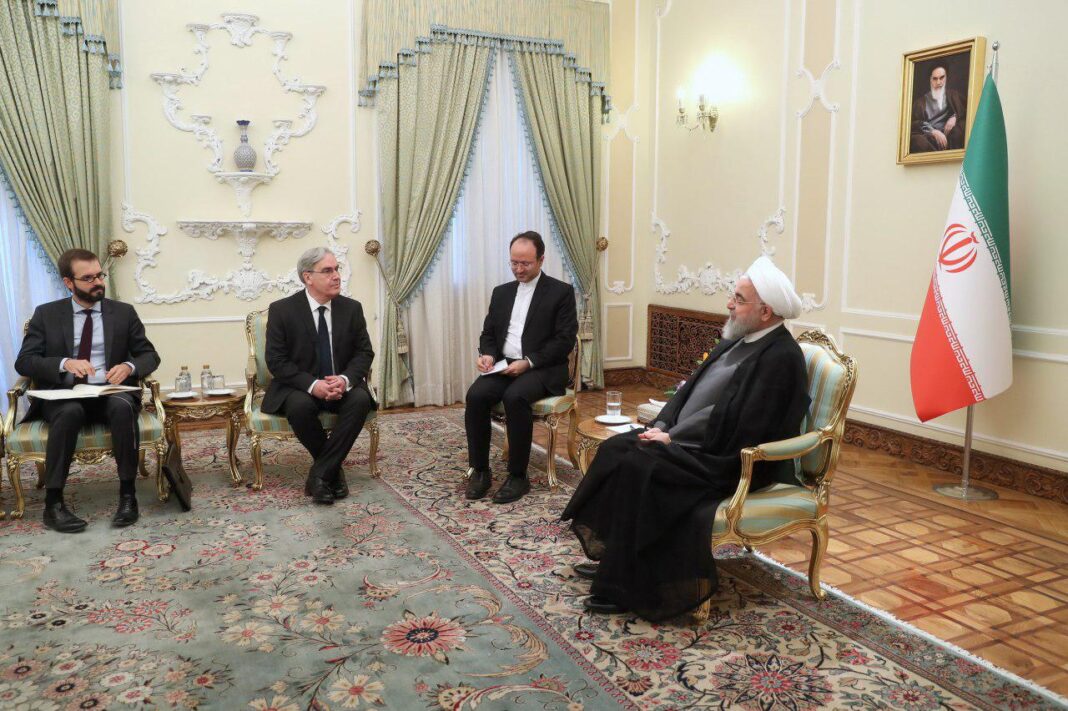 Iranian President Hassan Rouhani says Iran exercised restraint in the past year at the request of France and the European Union, but Europe’s time to compensate for the US’ withdrawal from the Iran nuclear deal is not unlimited.

“The current situation is very critical and France and the other parties to the JCPOA still have a very limited opportunity to play their historic role for saving the deal,” Rouhani said.

He made the remarks in a Monday meeting with the new Ambassador of France to Tehran.

“There is no doubt that the collapse of the JCPOA will not be beneficial for Iran, France, the region and the world,” said Rouhani.

The President of the Islamic Republic of Iran also said, “Tehran is determined to develop its relations with Paris, fulfilment of its commitments under the JCPOA, and active cooperation to strengthen stability and security in the region, especially fighting terrorism.”

Rouhani also emphasised that some issues, including the import of medicine and medical equipment, spare parts for airliners, food trade or parts of some factories affecting people’s basic needs and employment, are beyond JCPOA and even bilateral relations.

The French envoy Philippe Thiébaud, in turn, presented his letter of credence to Rouhani and said, “France is determined to develop its relations with Iran in all fields of mutual interest.”

The government of France will spare no effort in deepening economic cooperation with Tehran, he said, adding, “Tehran has lived up to all its commitments under the JCPOA and France is trying to protect his agreement, which is supported by the international community.”

Stating that his country is concerned about the tensions in the region, the French Ambassador said, “Paris is ready to discuss regional security and stability with Iran”.