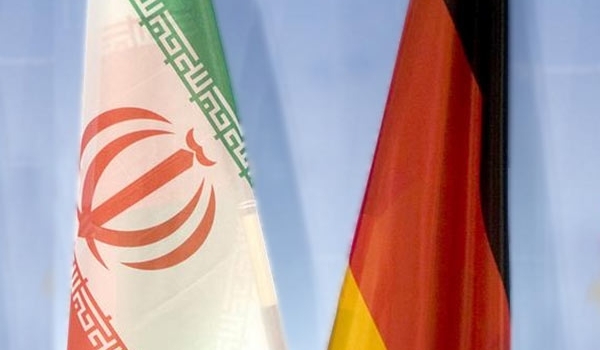 The German ambassador to Tehran has stressed that his country deems cooperation with Iran as very significant.

German Ambassador to Tehran Michael Freiherr von Ungern-Sternberg has underlined that his country deems cooperation with Iran, especially in economic and trade areas, as very significant.
“Iran is an important partner for Germany and it can play a crucial role in the region in future and also play a more important role in different international issues, especially in the Middle East,” the German envoy said, addressing a ceremony on the occasion of Germany’s National Day at Ungern-Sternberg’s residence in Tehran on Tuesday.
Ungern-Sternberg pointed to the ample potential existing in political, economic and cultural fields, and said, “The Tehran-Berlin relations have been expanded since last year and we hope these relations will be consolidated in the future.”
The German ambassador described Iran as an influential regional power, and said, “Iran can play a greater role in international issues, especially in regional developments.”
Meantime, he pointed to the ongoing Iran-P5+1 negotiations, and said, “As the German foreign minister said after his meetings with Iranian president and foreign minister we have never been so close to achieving a final agreement over past 10 years.”
Iran and Germany have tried to expand their bilateral relations in recent years through reciprocal visits by the two countries’ officials.
In July, Head of the Trade Development Organization of Iran Valiollah Afkhami Rad said implementation of the Geneva nuclear deal sealed by Iran and the sextet of the world powers late in November has provided very good opportunity for the presence of international investors, especially the Europeans, in Iran.
“Now a few months after the arrival of the first European delegation in Tehran, the attractions of trade with Iran have placed the European states in a marathon competition for trade partnership with Tehran,” Afkhami Rad said.
Many European countries, including France, Germany and the Netherlands, are planning to enhance their economic relations with Iran, a business powerhouse in the Middle-East region, as sanctions imposed against Tehran are partially suspended.
[…]