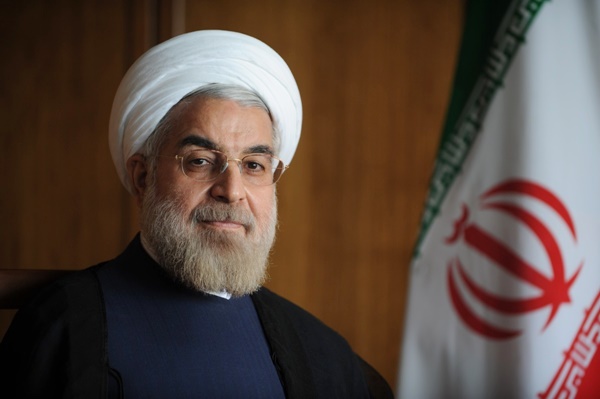 Iran’s President Hassan Rouhani says the world’s support for the Iran nuclear deal and their unanimous opposition to the US president’s demands was a great victory for Iran and a big defeat for Washington.

Addressing the closing ceremony of the 9th Farabi International Award, Rouhani said the US suffered defeats in two fronts during the past weeks.

“Their first defeat came when they wanted to stand against the world’s public opinion and violate an international commitment,” he noted.

“In the past few days they aimed not to comply with their international commitments, but you saw that many countries stood against it. All countries in the world, except one or two hated regimes, unanimously stood against them,” noted Rouhani.

The Iranian president further mentioned that if the obligations are not respected, it is the end of civilization era in the societies and the world.

“While science and industry develops but the international regulations, religious values, and norms are not respected, and a state does not accept to comply with the commitments of its previous administration, then no commitment would be made anymore.”

Expressing his satisfaction with the failure of the White House to overturn international obligations and wriggle out of commitments to the UN Security Council resolutions, Rouhani said, “This is a great victory for humanity, ethics and law.”

He further noted that with the nuclear deal, we have told the world that the complicated regional and international problems can be resolved at the negotiating table.”

Therefore, he added, this agreement will be maintained forever.

“We proved that the world’s problems can be resolved at the negotiation table. We proved that Iran is honest and our enemies are lying and Iran has never been looking for a nuclear weapon. This has been proven during the negotiations and all inspections, and the IAEA has confirmed it by consensus.”

Elsewhere in his remarks, Rouhani highlighted that when the IAEA announces the PMD as a complex technical and international case is terminated, it means that Iran has been honest and its enemies have been lying; therefore, this victory remains forever.

The president stressed that the Islamic Republic was working to make the world understand that Iran has the right to continue its nuclear research and development.

“This was something that they had previously banned the Islamic Republic from having access to because of what they were calling Iran’s violations. However, through the negotiations held by all countries and a resolution, the UN admitted that Iran has the right to continue its research and development, and this victory is secured and cannot be ruled out.”

Rouhani also stated that some still do not touch on all aspects of the JCPOA.

“The nuclear deal has some permanent effects that will remain in force forever, but it has some other effects that may or may not remain.”

He went on to say that when the implementation of the deal began on January 16, 2016, the country’s oil revenues have doubled and this is not reversible.

“We also had hundreds of foreign investments. These investments have been made in factories, enterprises, power plants, ports, locomotives and aircraft, and they are irreversible.”

The president added that “our diplomats sealed an agreement that had some deficiencies, but was an accord that Donald Trump has not been able to break down since more than a year ago. This proves the solidity of the deal and the victory of the international obligations against dictatorship.”

Referring to the recent protests in Iran, the president cited the second defeat of the US in its intervention in Iran’s internal affairs.

“Fortunately, Washington suffered defeat both in its intervention in Iran’s internal affairs and also in the case of nuclear deal and the Iranian nation emerged victorious in both,” added Rouhani.