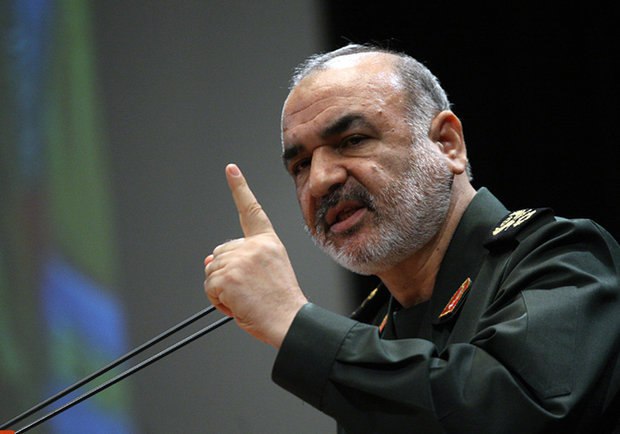 A top Iranian military commander says the enemy’s pressure has only strengthened the Iranian nation.

Major General Hossein Salami said the pressure exerted by the enemy will only reinforce Iran’s Islamic revolution, boost the morale and motivation of Iranian people to reconstruct their country, and expedite national progress.

He said the enemy pressure will also make the country safer, more independent and more self-sufficient.

“We are a nation that will never submit to enemy demands under any circumstances because we have willpower, we are powerful and we have a great leader,” said General Salami, the commander of Iran’s Islamic Revolution Guards Corps (IRGC).

“Islam has given us power, dignity, strength, brilliance, security, progress and freedom. We will always remain under the banner of Islam and will continue to move on this path,” he added.

The top general noted that Iran is engaged in an economic war with the enemies, and noted the IRGC will make every effort to protect people against hardships.

He said the IRGC has emerged from within the people.

“The IRGC is from people, with people, and for people in problems and hardships,” he said.

General Salami underlined that the IRGC serves the people without expecting anything in return and is a strong bulwark to defend the people.

He made the remarks during a ceremony to deliver hundreds of newly-built homes to the flood-hit people of Golestan province in northern Iran.