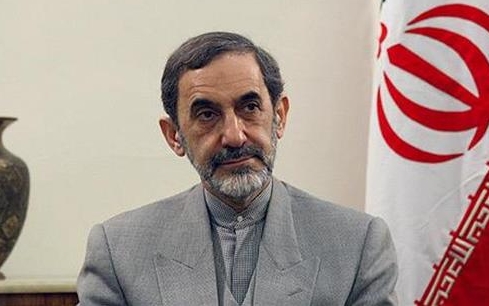 Secretary-General of the World Assembly of Islamic Awakening Ali Akbar Velayati said the enemies of Islam are trying to portray an “improper” and “dark” image of Islam resorting to Wahhabism, an ideology which promotes violence and ignorance.

“The enemies of Islam are utilizing all their capabilities to keep Muslim countries in a state of chaos, secession, weakness, dissention and war so that they could maintain control on Muslims and plunder their wealth and impose economic, social, scientific and cultural backwardness on Muslims,” Velayati said on Wednesday addressing an international conference on ways to counter Takfiri and extremist ideologies in the Muslim world underway in the Iranian capital, Tehran.

He added, “The enemies of Islam are trying to portray an improper and dark image of Islam in accordance with Wahhabism which in fact is seeking to revive the pre-Islamic ignorance and promote violence and commit shameful murders such as beheading children, burning and imprisoning men and raping women”,

“Such satanic measures by the Americans, Zionists and Saudis have created such hate in the world that the perpetrators of these shameful crimes are shifting the blame on each other.”

Titled “The World Conference on Lovers of Ahl al-Bayt (AS) and the Takfiri Issue”, the two-day event opened in Tehran on Wednesday.

Following is the full text of his speech:

At the outset, I would like to congratulate you on the arrival of the illuminating and auspicious lunar calendar month ofRabi Avvaland the recent victories of the united Muslim Ummah in Syria and Iraq against the Takfiris who were seeking to create division among the Ummah.

Also, I am pleased to welcome you the distinguished guests from all across the Muslim world to the Islamic Republic of Iran.

Moreover, I offer my condolence to the survivors and families of the victims of the recent powerful earthquake as well as the people of Iran and Iraq. I pray to the Almighty God to bestow his blessings upon those who were killed in this natural disaster.

Now I would like to humbly request you the distinguished audience to say prayers and now recite the Al Fatiha verse of the holy Quran and ask for the Almighty’s pardon for the victims of the quake and also the martyrs of Islam from the very early days of Islam to the recent sacrifice of the resistance front.

The great Ulema, jurists, scholars and dignitaries of the world of Islam who accepted the invitation of the World Forum for Islamic Awakening to participate in this conference are well aware that this meeting illuminated by the name of the infallible households of the holy prophet (peace be upon them) is being held under harsh regional and international circumstances.

The households of Prophet Mohammad (PBUH) are considered as the divine strong rope (or Habl al-Matin) and one of the two weighty things (orSaqalayn) in addition to the holy Quran recommended by the holy prophet to us.

I am leaving among you two weighty things: the Book of Allah and my close relatives, who belong to my household.For indeed, the two will never separate until they come back to me by the Pond (of ­Kawthar on the Day of Judgment).

The Ulama of Islam have agreement over this noble hadith.

The households of holy prophet (PBUH) are in fact the selected people on earth. They are the treasures of piety and sources of generosity. They are the illuminating torch for guiding all Muslims towards progress, perfection and excellence. The households of the prophet are the vanguards of the fight against diversion and deviation, violence, extremism and ignorance. They are the flag-bearers of justice and the true interpreters of Islam and Quran. Resorting to the households of Prophet Mohammad (peace be upon them) would guarantee unity among the faithful followers of prophet as well as guidance towards the Almighty God and saving from ignorance.

It was about seven years ago when Islamic Awakening came into birth. Islamic awakening which heralds a new stage in the political and social life of the Muslim Ummah, has three main features which are the fight against arrogance, Zionism and despotism. Islamic awakening is an anti-American and anti-Zionist wave which was spread in recent years to some Muslim states and resulted in the eradication of oppression, despotism and excessiveness. Islamic awakening also resulted in deposing dependent rulers and puppets and challenged the present international order.

The Islamic awakening movement has made remarkable achievements in some countries which relied on the teachings of the pure Mohammadic Islam in recent years. However, some of the political movements were deviated from the right path of Islamic awakening as the result of ignorance and lack of awareness and reliance on the promises of the hegemonic powers. Such movements were seeking to once again pave the grounds for the real enemies of Islam to rule the destiny of Muslims.

Under the circumstances of the past years, the Islamic Ummah was approaching a new era of civilization and role-playing in political, social, cultural and scientific arenas at the international level, and was about to spread the growing wave of Islamism based on the pure Islamic teachings; Yet, suddenly the Islamic Ummah faced difficult conditions as the result of increasing sectarianism, tribalism, ex-communication of various Islamic schools of thought and tribes and killing, displacement and bewilderment of innocent people in various parts of the Muslim world.

At the present time, many parts of the Muslim Ummah are facing enormous threats and grappling with a lot of problems such as non-peaceful and hostile approaches, violation of the rights of nations, plunder of the resources of Muslims, occupation of Muslim lands, proxy wars and changing mental, normative and value-oriented and knowledge-based infrastructure of Muslims by the inclusive support of hegemonic powers including the United States and the Zionist regime.

The enemies of Islam are utilizing all their capabilities to keep Muslim countries in a state of chaos, secession, weakness, dissention and war so that they could maintain control on Muslims and plunder their wealth and impose economic, social, scientific and cultural backwardness on Muslims.

The enemies of Islam are trying to portray an improper and dark image of Islam in accordance with Wahhabism which in fact is seeking to revive the pre-Islamic ignorance and promote violence and commit shameful murders such as beheading children, burning and imprisoning men and raping women.

Such satanic measures by the Americans, Zionists and Saudis have created such hate in the world that the perpetrators of these shameful crimes are shifting the blame on each other.

Even though the present critical transition period in the West of Asia and other parts of the Islamic world is filled with dangers, threats and proxy wars, it faces unique opportunities, success and achievements which have resulted in increasing dignity and self-confidence among Muslim and freedom-seeking nations. On the other hand, the hegemony of the global arrogance and invincibility of the Zionist regime have been shattered among the Muslims of the region who are inflicting last strikes on them.

Syria and Iraq, as two main Muslim countries faced with the common plot of enemies in recent years tolerated heavy casualties and difficult incidents. During the past year, and as the result of the efforts of nations, governments, armies and volunteer forces of these countries supported by the Resistance Movement and the Islamic Republic of Iran made a lot of victories in the fight against terrorism and Takfiri groups. In recent weeks and days, the last territories occupied by Daesh in Iraq and Syria were released. This is a new achievement which is going to move these two countries and the whole region into a new stage.

Now, in this turbulent region, the oppressed people of Yemen remain under the oppression of the United States and its allies in shadow of the meaningful silence of the Western media outlets and international organizations. The defenseless people of Yemen are losing their lives under the brutal bombardment of Saudi forces. In Bahrain, domestic, regional and international conditions are getting risky and complicated. Yet, in spite of all such oppressions, a bright and hopeful future is awaiting the two great and resilient nations of Yemen and Bahrain as well as other nations of the Muslim world.Inshaallah.

And thus we have made you a just community that you will be witnesses over the people and the Messenger will be a witness over you. Wassalamu Alaykum wa Rahmatullahi wa Barakatuhu.