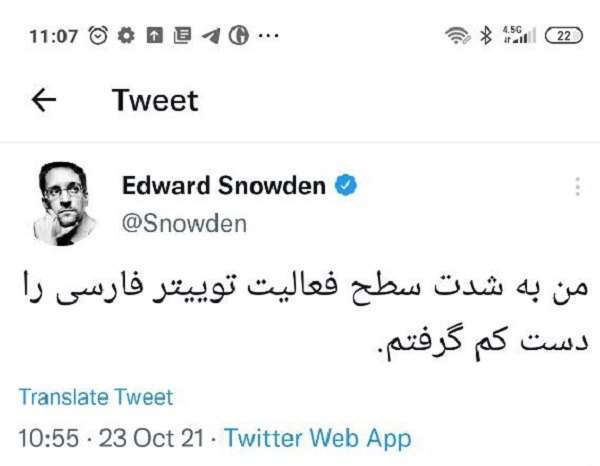 Snowden recently launched a Persian account on Twitter. This is his third tweet in Farsi. He started his account by tweeting a famous Persian saying which literally translates into “The wall has rats, and rats have ears.” The proverb means people should be cautious when they say something as spies could be eavesdropping.

The second tweet read, “I would just say there’s got to be a reason why felines are popular”.

Snowden did not explicitly explain what he meant by the tweets nor did he give a reason for launching a Persian account on Twitter.

The former US intelligence consultant in 2013 leaked classified documents to journalists describing surveillance programs run by the NSA to tap people’s cell phones and internet communications.

Some view him as a hero but others call him a traitor to his country. Following the leaks, Snowden fled the US. He was later granted asylum in Russia and is now living there.