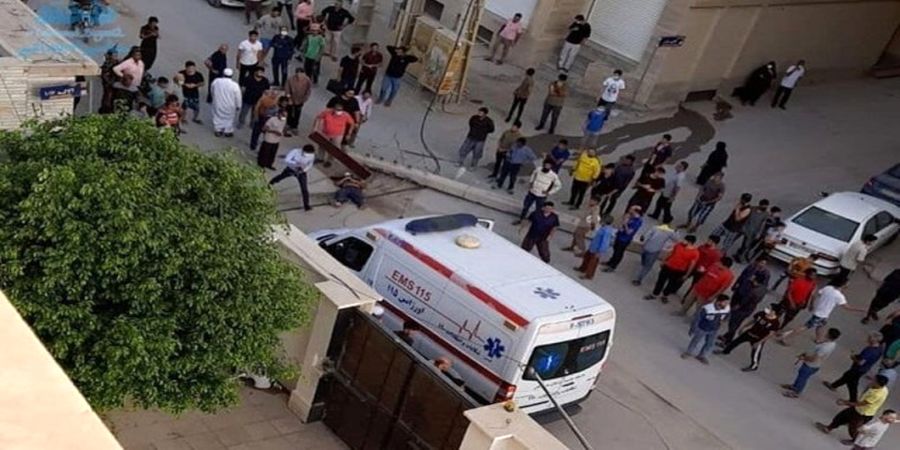 The first quake, measuring 6.4 on the Richter scale, rattled Laft, a region on the southern island of Qeshm.

The quake hit at a depth of 15 kilometers. It was felt in Bushehr, Kerman and Fars provinces as well as outside Iran, in the United Arab Emirates and Saudi Arabia.
The second quake measured 6.3 on the Richter scale. Its epicenter was near the city of Fin in Hormozgan and it hit at a depth of 10 kilometers.

A number of aftershocks also happened following the quakes measuring 4 and 3.

Deputy Governor of Hormozgan Reza Modarres told Fars News Agency that at least two people died in the quakes. One fatality happened in the southern port city of Bandar Abbas with the person getting killed after an electric post fell down on him. Dozens of people were injured in the quakes and are receiving treatment in hospital.

An official however said the material damage caused by the earthquakes is not severe. A provincial official was also quoted as saying that the quakes temporarily disrupted telephone lines and the Internet in Hormozgan. Following the quakes, Iranian President Ebrahim Raeisi offered sympathy to people affected by the quakes. Raeisi ordered all relevant officials and ministries to carry out relief operations and look into the situation in the quake-hit areas.

He added that all neighboring provinces must be ready to help with the relief operations in Hormozgan if needed. Raeisi also instructed First Vice President Mohammad Mokhber to travel to the quake-stricken regions to monitor the situation.

Bushehr province’s Natural Disasters Management Department said later on Sunday the quakes in Hormozgan did not damage the Bushehr nuclear power plant. It also dismissed the possibility of a tsunami in the Persian Gulf.