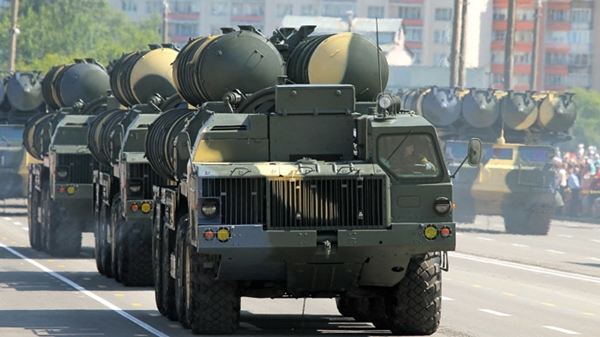 An Iranian daily has analyzed Tehran-Moscow ties, saying that Russia neither delivers the S300 systems to Iran nor agrees to pay compensations, but offers a replacement for the defense system.

Ties between Iran and its northern neighbor – Russia – have [always] been full of twists and turns. Russia could have had the closets ties with our country over the years thanks to the border it shares with Iran, but suspense has always been a staple of relations between the two neighbors. In recent years, ties between the two countries have seen several ups and downs, and now the S300 [surface-to-air] missile system has added a new twist to Tehran-Moscow ties.

Ghanoon daily on September 2 published a report on relations between Iran and Russia and how the controversial delivery of the S300 anti-aircraft missile system [read Russian failure to deliver] has once again overshadowed their neighborly ties. The following is the translation of part of that report:

The purchase by Iran of the S300 missile system first came up for discussion in 2007. Iran signed an $800m agreement with Russia to buy five S300 systems. This agreement was later suspended. Russia delivered no system and put the deal on the verge of termination.

The S300 missile system is one of the most powerful missile shields which can simultaneously intercept more than 100 missiles and get engaged with over 12 targets. The missile with a range of 200 km deploys in five minutes. It can also destroy ballistic missiles and attack ground targets. The S300 system is similar to the US air defense system, the MIM-104 Patriot [a surface-to-air missile (SAM) system].

After the contract between Iran and Russia came under the media spotlight, the West ratcheted up its pressures amid the heated dispute over Iran’s nuclear program and in the spring of ties between Washington and Moscow [known as the Russian Reset].

To win the consent of the West, the Russians built on Article Eight of UN Resolution 1929 to justify their failure to honor their commitment under the S300 contract with Iran, although they had received $167m in advance money from Iran.

In [September] 2010, Dmitry Medvedev, the then Russian president, signed a decree on the implementation of UN Security Council Resolution 1929 prohibiting the sale to Iran of missiles and other military hardware such as combat tanks, armored vehicles, high-caliber artillery guns, military helicopters, aircraft and vessels.

This claim lacked any substance, because Resolution 1929 was adopted at the UN Security Council on June 9, 2010 whereas Iran-Russia deal for the S300 delivery predated the Resolution by three years. The missile defense system should have been handed to Iran much earlier than the adoption of Resolution 1929.

In reaction, Iran lodged a complaint with the International Court of Arbitration asking for $4b in compensations. The defense minister of the tenth government [led by Ahmadinejad] announced in 2012 that Iran is developing a similar missile defense system: Bavar-373.

Iran rejected this offer. The Antey 2500 was another offer by Russia which argued it would better meet Iran’s needs. Iran had many reasons to reject the two similar offers. The S-300PMU has been developed to meet missile defense needs; the Antey 2500, by contrast, has been designed for ground forces and can be useful for Iran’s big army. […]

Iran had the right to take the system for which it had planned and made advance payment. […] The point is that if – under Resolution 1929 – Iran was not allowed to possess any defense or combat system, how come other systems were proposed to Iran? Iran was not supposed to have S300 systems, was it?

On March 14, 2015, President Vladimir Putin ordered the ban on the delivery of S-300 missile systems to Iran lifted ten days after the conclusion of the Lausanne agreement. There was still no guarantee for such delivery, since Russia had not announced any exact timing.

Forget compensations; get [defense] system instead

Many Russia watchers used to say that Moscow returned to the negotiating table to discuss the delivery of S300 simply because the sanctions regime was about to collapse, but recent reports coming out of Russia show that Moscow is still seeking to get new concessions from Iran. Five months after a presidential decree – with Iran trying to clinch a nuclear deal – Russia has yet to ship the missile defense system to Iran.

According to Sputnik International (The Voice of Russia), a ranking Russian official has said that the missile system will be given to Iran if Iran drops its complaint. […] In 2011, Iran filed a lawsuit against JSC Rosoboronexport [the sole state intermediary agency for Russia’s exports/imports of defense-related and dual use products, technologies and services] with the International Court of Arbitration for Russia’s failure to deliver five S300 systems to Iran. […]

After Putin announced that Russia will deliver the missile defense system to Iran, Barack Obama said, “And I’m frankly surprised that it [delivery of S300 missile system] held this long, [given that they were not prohibited by sanctions from selling these defensive weapons].” He said he had asked Putin to delay the missile sale to Iran for five years and that he’s been surprised that they really did this.

[“With respect to the Russian sales, I will tell you this is actually a sale that was slated to happen in 2009, when I first met with then-Prime Minister [Vladimir] Putin. They actually stopped the sale, paused or suspended the sale, at our request,” Obama said.]

That the Russians characteristically make bad on their promises in dealing with Iran can be a good reason behind their refusal to send the missile system to Iran. At critical junctures throughout history, they have joined the ranks of countries which are against Iran. Now they are asking Iran to withdraw its complaint. In return, they are vowing to sell S300VM or Antey 2500 to Iran, claiming that Russia does no longer produce S300 systems.

What happens next remains to be seen. Russia has sold the S300 system to Venezuela and is in talks with Turkey for a similar contract, but its deal with Iran is still in limbo. When Iran took the case to an international court and asked for $4b in damages, the Russian media said if Moscow cancels the contract, it will have to pay Iran $400m in compensations in addition to $800m which was the value of the [original] contract.

Besides, they said, Russia will suffer extra losses as a result of Iran reducing its military purchases from Moscow – somewhere in the neighborhood of $300m-$500m a year.

Now Russia is back at the negotiating table. Iran has already paid the first installment of the S300 missile system. We should wait to see if Russia finally ships the defense system to Iran or the two settle their case in court.