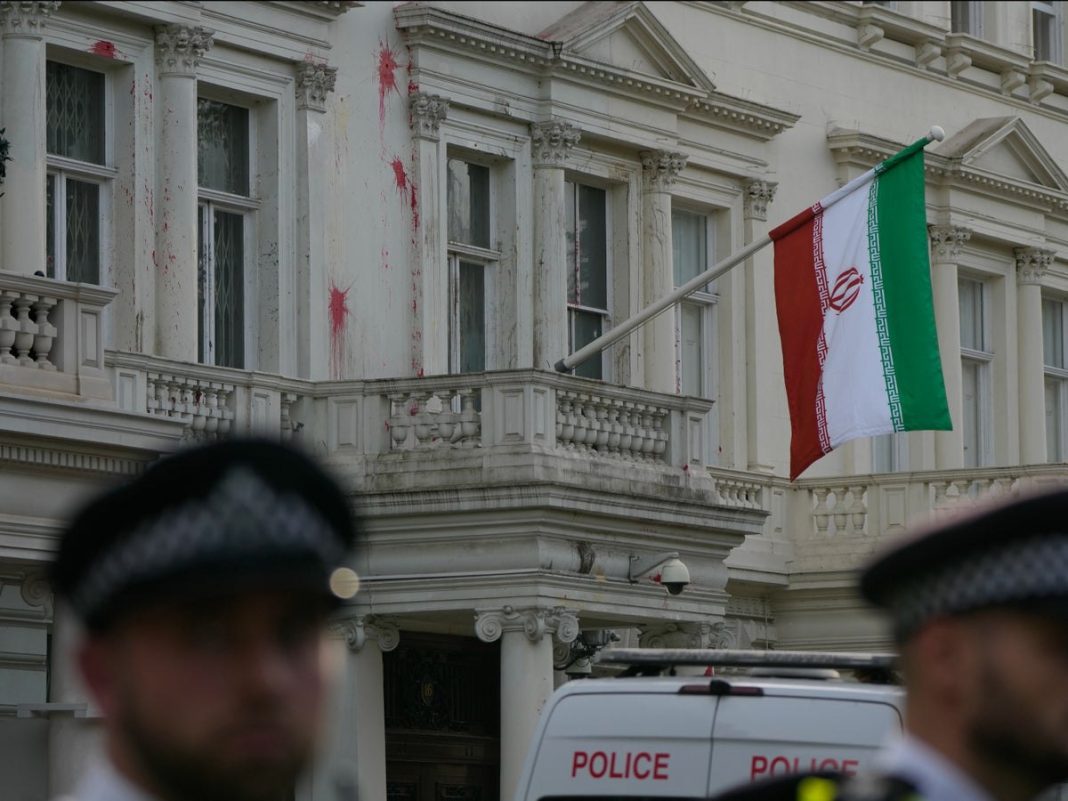 Iran’s charge d’affaires says calm has returned to the Iranian embassy in London following an attack on the premises during violent protests there on Sunday.

Seyed Mahdi Hosseini also says the flag of the Islamic republic has been re-installed at the embassy.

The Iranian national flag was taken down by a group of attackers during the Sunday protest. They climbed to the embassy’s balcony and replaced the flag with another one as others tried to damage the front side of the building.

Five of those involved in the acts of sabotage against the embassy have been arrested. Three men and a woman have also been detained for acts of violence against the police during the protests.

Several Iranian embassies and diplomatic buildings in European countries have been targeted by attackers over the past weeks during protests over the death of 22-year-old woman Mahsa Amini in Iranian morality police detention three weeks ago.

Tehran has summoned European envoys including those of Norway and Sweden over the attacks.