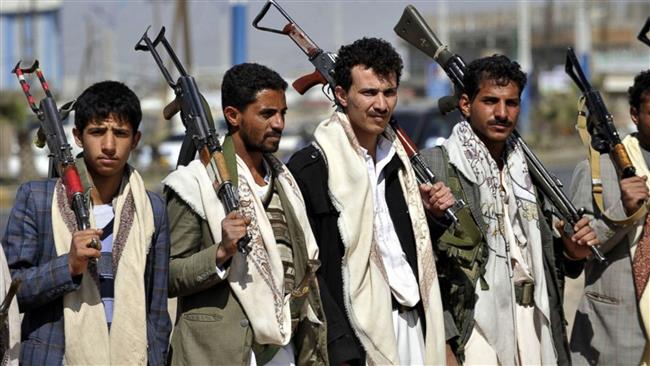 Larijani said that Tehran will tap into all its potential to help establish lasting peace in Yemen.

The Iranian Parliament (Majlis) speaker says the country supports the restoration of peace in the Middle East, underlining talks as the best possible way to resolve tensions in Yemen.

“Misunderstandings among Yemeni political groups need to be removed through talks,” Ali Larijani told Yemen’s Parliament Deputy Speaker Mohammad al-Shaddadi on Tuesday on the sidelines of a 10th session of the Parliamentary Union of the Organization of Islamic Cooperation (PUOIC) in Turkey.

Hoping for the tension in Yemen to be defused immediately, Larijani said “Iran always tries to help establish stability in all countries. As for Yemen [the Islamic Republic] will tap into all its potential to help establish lasting peace [in the Arab country].”

He also highlighted the role of the Yemeni Parliament in facilitating talks among political groups aimed at removing divisions.

The Yemeni official, for his part, highlighted Iran’s constructive role in the Middle East. He also hoped for the restoration of stability in his country.

Yemen has been the scene of tensions between the central government and Ansarullah revolutionaries after fighters from Shia Ansarullah movement arrested Ahmed Awad bin Mubarak, President Abdrabuh Mansur Hadi’s chief of staff, at a checkpoint in the country’s western district of Hada a few days ago.

On Tuesday, Shia Ansarullah fighters in the poor country gained full control of the presidential palace in the capital, Sana’a.

In a televised address on the same day, the Ansarullah ringleader, Abdul-Malik al-Houthi, said the Hadi administration should be held accountable for the escalation of violence in the Arab country.

The Ansarullah leader called on Hadi to “speed up” the implementation of a UN-brokered peace agreement reached in September 2014 or face the dire consequences of his decisions.

This comes as al-Qaeda militants have also been engaged in battles with Ansarullah fighters over the past months. Yemen’s central government has so far failed to deal with the terrorist threat.