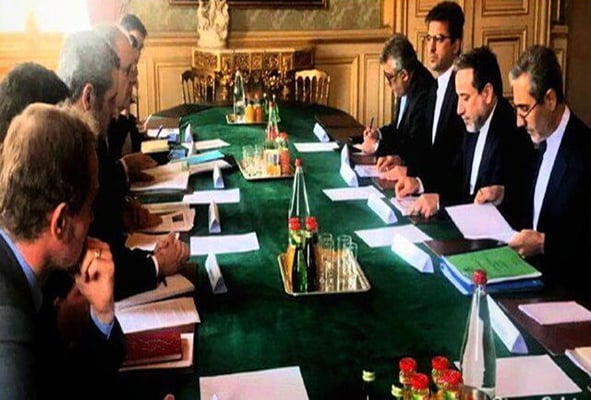 The latest developments of bilateral relations, the implementation of JCPOA and INSTEX, France’s obligations under JCPOA, the fight against terrorism and extremism and developments of the region were discussed in the meeting.

Speaking in the meeting, Iran’s deputy foreign minister urged other parties to the nuclear pact to make greater efforts to carry out obligations and restore the balance in implementing the pact.

Araqchi said Iran welcomes a financial mechanism created by European parties to the pact to protect Iran-EU trade, but said “the solution has been announced with long delays and we hope it will be implemented quickly.”

Gourdault-Montagne stressed France’s continued support for JCPOA, saying the mechanism was created as part of efforts to strengthen JCPOA.

“France is willing to continue dialogue with the Islamic Republic of Iran, an important and influential country, on all subjects of mutual interest,” he said.