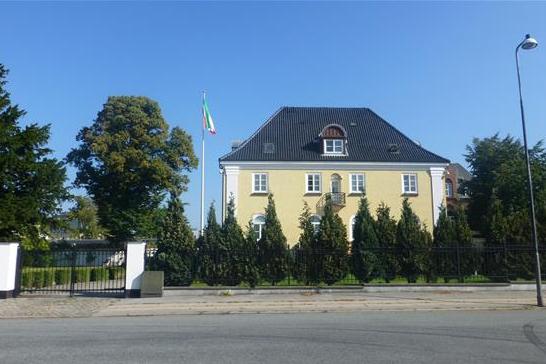 Denmark’s ambassador to Tehran was summoned to the Iranian Ministry of Foreign Affairs following an attack by an assailant armed with a cold weapon against Iran’s Embassy in Copenhagen.

During the Friday attack, a local Embassy staffer was injured and damage was inflicted on the cars in the embassy parking lot.

In the meeting, an official protest was lodged with the Danish ambassador over the failure to provide security to the Iranian Embassy and diplomats.

It was also emphasized that the host government’s responsibility in that regard is crystal clear based on the Vienna Convention on Diplomatic Relations, and that Denmark’s government is strongly expected to shoulder its international responsibility to provide security for diplomatic missions.

In response, the Danish envoy offered an apology over what happened and emphasized that security was tightened and will remain tight in the wake of the incident.