Democracy not to be achieved by financing terrorism: Larijani 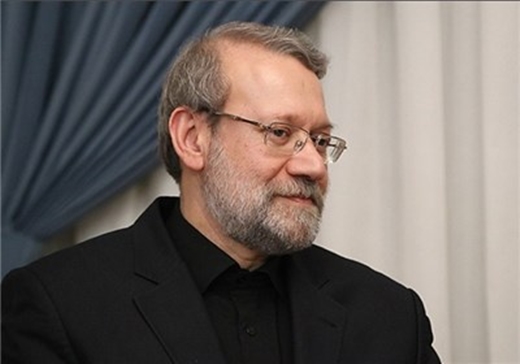 Democracy cannot be created in a country through providing financial, arms and intelligence support to terrorists, said Larijani in a meeting with the vice-president of the German Bundestag.

“One cannot establish democracy in a country through providing financial, arms and intelligence support to terrorists,” Larijani said Sunday in a meeting in Tehran with Vice-President of the German Bundestag Claudia Roth.

He was referring to Western support for terrorist militants fighting the government of President Bashar al-Assad in Syria.

Syria has been gripped by deadly unrest since 2011. The civil war was waged by terrorists backed by Western powers and some of their regional allies, especially Qatar, Saudi Arabia and Turkey.

Larijani also underlined the importance of political, economic and parliamentary relations between Iran and Germany and said consultations between the two countries on major regional and international issues could lead to the expansion of bilateral ties.

Roth, for her part, called for more interactions between Iranian and German parliaments.

The German official further stressed the need for an end to the war and bloodshed in Syria as soon as possible, and said talks with powerful regional countries like Iran can help end the Syrian crisis.