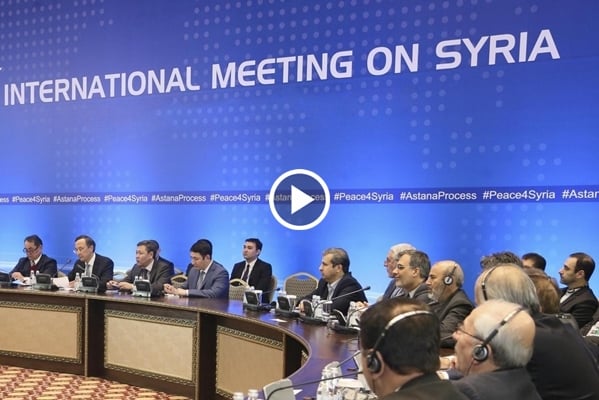 The first delegates of the Syrian National Dialogue Congress have arrived in the Russian Black Sea resort city of Sochi on Sunday.

Among the delegates who have arrived in Sochi are reportedly representatives of the internal opposition from Damascus. A total of 169 people have arrived to Sochi from the Syrian capital.

Another 175 people, including representatives of the Arab Socialist Ba’ath Party and the National Progressive Front have also arrived to Sochi.

The Syrian National Dialogue Congress is set take place between January 29 and 30. Around 1,600 delegates representing a wide range of Syria’s political forces have been invited to participate in the Congress.

The initiative to hold the congress was announced at a December meeting of the Syrian ceasefire guarantor nations, including Russia, Iran and Turkey.

Russia, Iran and Turkey hoped the talks in Sochi could compensate for lack of progress in UN-brokered talks to end Syria’s seven-year war. The three countries have coordinated the establishment of de-escalation zones in Syria; a separate initiative which many say has helped drastically reduce fighting in the Arab country.

Sochi’s prospects of success hit a fresh snag Saturday when the Syrian High Negotiation Commission (HNC), an umbrella opposition group supported by Saudi Arabia, announced that its representatives will be absent from the negotiations. However, the HNC seems to have changed its mind and will reportedly send its delegation to Sochi.