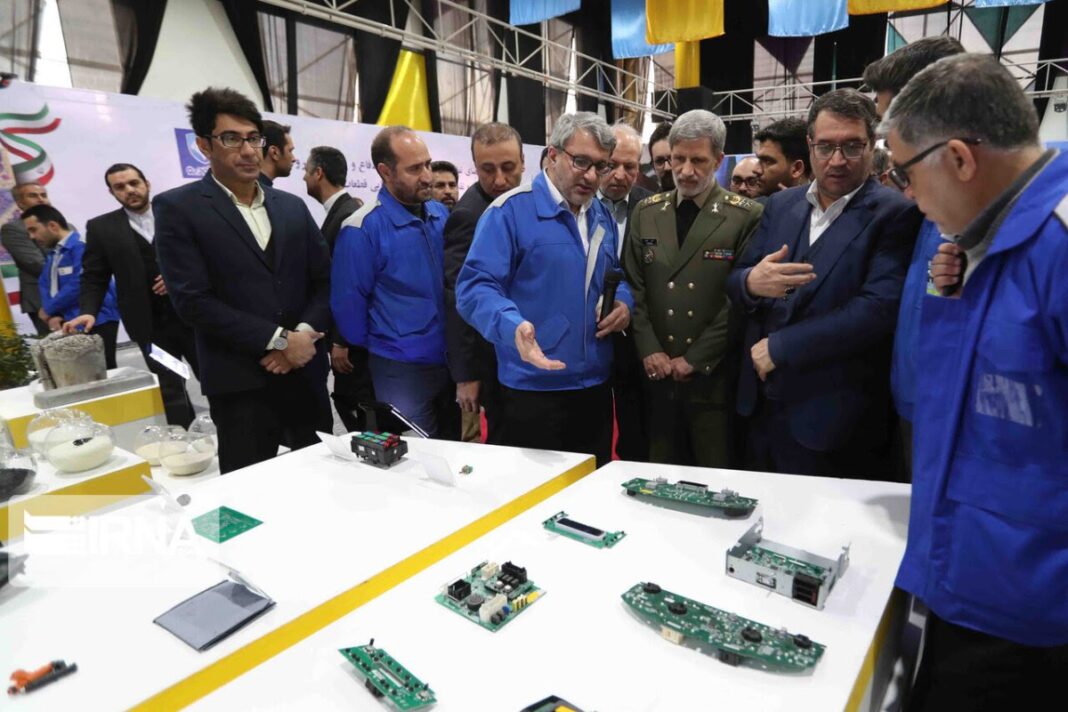 Defence Minister of Iran Brigadier General Amir Hatami says his ministry is providing assistance for the local automakers for the purpose of defeating the cruel sanctions and supplying the components that have been subject to the sanctions.

Brigadier General Amir Hatami paid a visit to Iran Khodro factory on February 5 at the invitation of the Ministry of Industry, Mine and Trade, and visited an exhibition of self-sufficiency in the car components.

During the visit, the Defence Minister lauded the Iranian automaker for the continuous manufacturing of cars in spite of the foreign sanctions, saying the Iranian defence industries have begun to assist the country’s automotive sector.

Highlighting the great technological capacities of Iran’s defence industry, the general said efforts are underway to utilize the defence technologies in order to resolve the problems in the automotive industry.

Denouncing the sanctions that the hegemonic powers have imposed on Iran’s defence industry over the past four decades, the minister said Iran’s defence industries have gained the experience of turning the threats into opportunities and have “shattered the dam of cruel sanctions” by manufacturing more than 3,300 products.

The defence industry has rushed to help the Iranian carmakers since a year ago, Hatami added, saying such cooperation has resulted in the production of various automobile components with modern technologies.

The Iranian defence experts and knowledge-based companies have managed to supply the automakers with many sensitive auto parts such as turbocharger, anti-lock braking system, electronic control units, various types of sensors, safety belt, and airbag, the minister noted.

“The Defence Ministry would by no means get involved in the production of the components and systems which could be manufactured by the private sector,” Brigadier General Hatami emphasized.

He further highlighted the Defence Ministry’s efforts to ensure national calm and security, and described the supports for the automakers or any other industry facing the cruel sanctions as a duty.

At the conclusion of the visit, the Defence Ministry and the Ministry of Industry, Mine and Trade signed a cooperation agreement on the domestic production of auto parts in Iran.