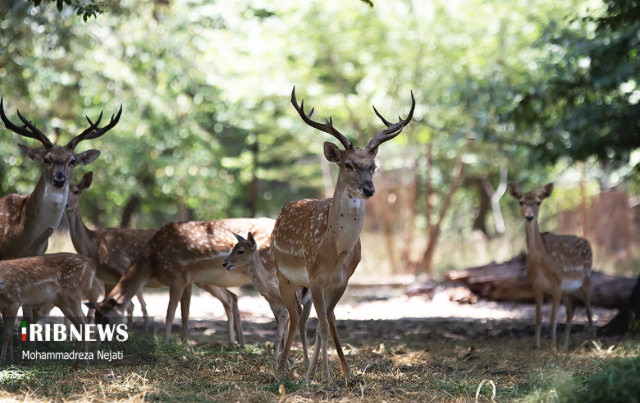 Dasht-e Naz wildlife protected area is located 25 kilometers to the north east of Sari, the capital of Mazandaran Province in northern Iran, and spans 55 hectares. The mountainous area is one of the tourist destinations of Sari and is covered by Hyrcanian forests.

It was designated a protected area in 1967 and was named a wildlife reserve in 1975.

The endangered Persian fallow deer is kept at the reserve and the deer born in captivity are released to their natural habitat on the banks of Dez and Karoun rivers in western and southwestern Iran, every year.

Amid worrying reports on the environment, coming out of media outlets and social media, it is heartwarming and interesting to know the number of the endangered Persian fallow deer has increased by around 60 percent in Iran in less than two years.

The reserve had only 33 Persian fallow deer in 2018. But, thanks to conservation measures to prevent the animals from dying and being hunted by predators, their number now tops 50.

Since two years ago, round-the-clock patrol and protection teams have become active at the 55-hectare reserve. They have worked to best protect this endangered species including through the use of closed circuit cameras.

Dasht-e Naz wildlife reserve is the first breeding center for Persian fallow deer in Iran and has been established with the aim of reviving and increasing the population of the valuable species and protecting them.