Dangerous Firecracker Users to Be Jailed for Entire Nowruz Holidays 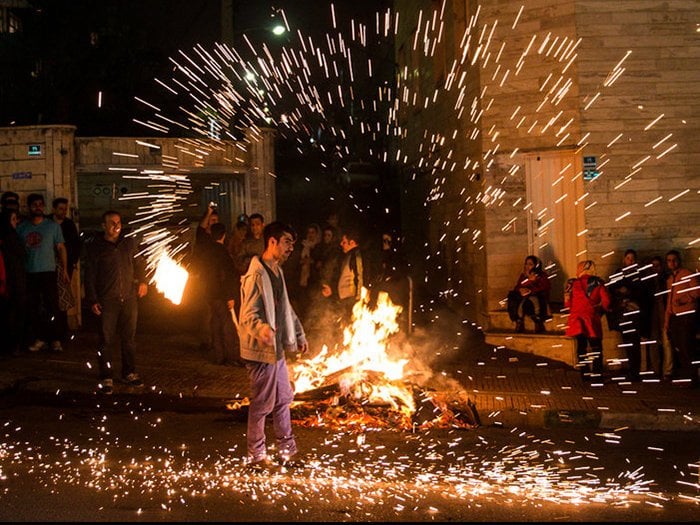 A week before the Persian festival of fire annually marked on the eve of the last Wednesday of the year, the police has warned citizens about the use of dangerous fireworks.

According to a Farsi report by Khabar Online, Hassan Sajedinia, the police chief of Tehran, referred to the upcoming Fireworks Wednesday festivals and warned that the users of dangerous explosive fireworks will be put in jail until the end of Persian New Year holidays in early April.

“24 million illegal explosives of different types have been discovered,” he noted, adding that the explosives are to be destroyed in coordination with judicial authorities.

“Those who throw the explosives out of their cars during the Fireworks Wednesday will be arrested. Their cars will also be confiscated and transferred to parking.”

The fiery night before the last Wednesday of the year comes a few days before the Persian New Year, known as Nowruz.

Overall, the mood in Iranian cities on Tuesday night is festive, with most of the chaos coming from threat of rogue firecrackers.

Each year, bonfires, many of them unattended, are seen blazing throughout the city side streets.

Some people from their windows and rooftops indiscriminately throw firecrackers into crowded streets with no regard for the people and property below.

Every year people die, many get hurt and burned, but still people will come out.

After what happened to firefighters in the tragic Plasco incident back in January, this year a popular campaign has been launched to discourage people from using dangerous firecrackers.

Iranian people will celebrate the festival next week.