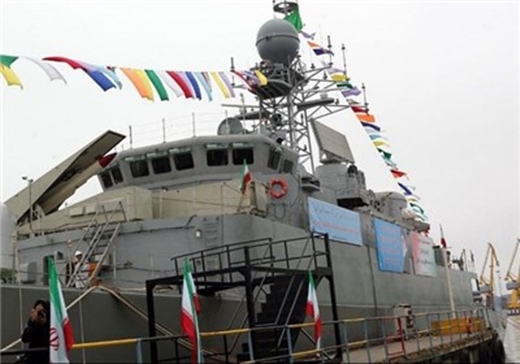 The advanced destroyer is capable of tracking the aerial, surface and sub-surface targets simultaneously.

The homegrown vessel, an advanced destroyer, was officially delivered to the naval forces stationed in fourth naval zone, north of the country.

More than 700 industrial, research and academic Iranian centers have cooperated in designing and producing the military vessel, which is also a training warship.

Experts at Iran’s Defense Ministry have installed 25 homegrown electronics and communication systems on Damavand, including advanced naval radars and systems for communication, detection and interception.

Damavand is a Jamaran-class destroyer with unique features to meet the demands of the Iranian naval forces in the country’s northern waters.

The advanced destroyer is capable of tracking the aerial, surface and sub-surface targets simultaneously.