Damascus Water Supply Cut after Being Polluted by Militants 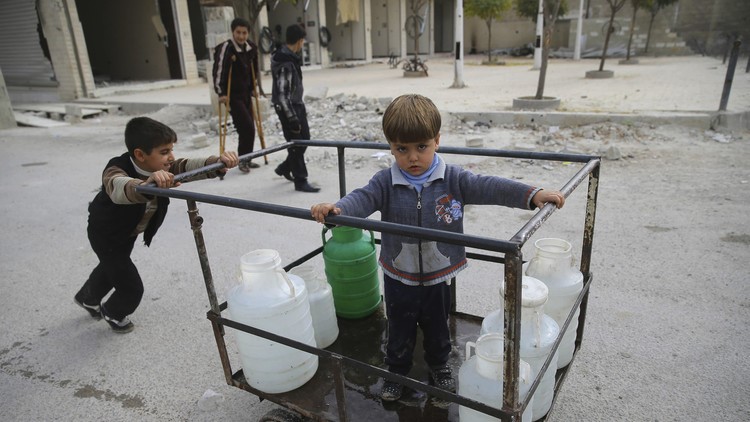 The water supply of Syrian capital has been cut for a few days after being polluted by militants.

According to a Farsi report by Al-Alam, the Damascus water authority has been forced to cut supplies coming into the Syrian capital for a few days and use water reserves instead after militants [anti-government rebels] polluted the water with diesel.

The al-Fija spring which supplies Damascus with water is in the militant-held Wadi Barada valley northwest of the capital in a mountainous area near the Lebanese border, Reuters reported on Friday