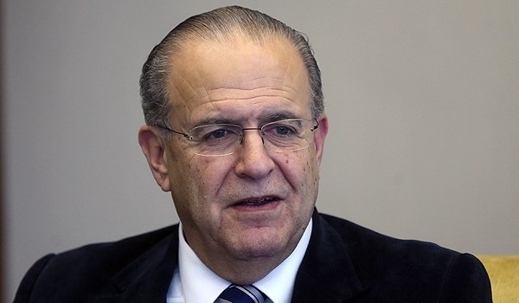 Iran is not only the country with which we have nuclear talks, it is also a regional major player and this practically means that we will have to engage Iran on regional matters, said the Cypriot top diplomat.

Cypriot Foreign Minister Ioannis Kasoulides lauded Iran’s efforts in campaign against the ISIL terrorist group, and voiced his country’s willingness to cooperate with Tehran in war on terrorism.

“Iran as an important regional country plays a positive role in fighting the terrorist groups like ISIL and we support any decision for fighting terrorist groups and ISIL, and Iran’s measures encourage us in this regard,” Kasoulides said on the sidelines of his meeting with Supreme Leader’s senior advisor Ali Akbar Velayati in Tehran on Saturday.

He referred to the common positions of his country and Iran on Iraq and Lebanon, and said, “There are certain dangers in the regional countries which can threaten us too and we had constructive talks in this regard and we hope that Cyprus as an EU member state and a country which has influence in the EU can move in support of the region.”

In relevant remarks in December, European Union (EU) Foreign Policy Chief Federica Mogherini underscored the constructive and influential role that Iran played in the Middle-East region, and called on the EU member states to engage Tehran in their anti-ISIL campaign.

“Iran is not only the country with which we have nuclear talks, it is also an important regional player and this practically means that we will have to engage with Iran on its neighborhood,” Mogherini said in a press conference after a meeting with EU foreign ministers.

“The European Union is ready to engage with all regional and international actors with influence over the Syrian parties,” she added.

In September, President Assad expressed Syria’s appreciation for Iran’s stances in support of the Syrian people and sovereignty and independence of nations.