‘Crackdown on Corruption Possible through Transparency’ 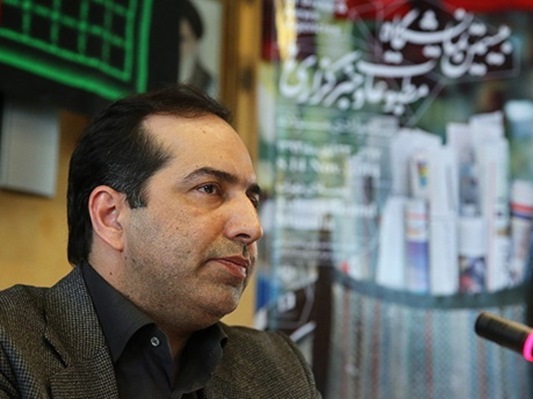 The deputy culture minister says the new law on freedom of information is expected to revolutionize the way the state interacts with citizens.

Deputy Minister of Culture and Islamic Guidance Hossein Entezami said the 11th government [President Rouhani’s] is determined to implement a law that allows citizens free access to information, because it believes transparency is the best way to turn up the heat on corruption and the free flow of information contributes to transparency. The following is the translation of part of Entezami’s comments in a press conference as reported by Sharq newspaper on December 17:

Hossein Entezami, who also serves as secretary of the Free Publication of and Access to Information Commission, said crackdown on corruption is possible through transparency, not rhetorical questions of ‘Shall I tell? Shall I tell?’ [A reference to the tactic of threatening to reveal someone’s secrets used by former President Mahmoud Ahmadinejad in presidential debates as he sought reelection in 2009 and later during his second term in office] “What the new law does is that it makes transparency legally binding. Transparency helps stop empty talk.”

He went on to say that by the definitions presented by international organizations we are not in a good position as far as administrative corruption goes. “I am hopeful that the new law helps improve our status in this regard, because the existence of such laws is a factor international bodies take account of in measuring transparency in countries.”

Entezami further said in order for the Free Publication of and Access to Information law to be implemented, free access to information should turn into a public demand. “The cooperation of the legislature and the judiciary with the executive branch is also required.”

The deputy culture minister stated, “The new law requires state institutions to provide citizens access to anything that gives them a right or requires them to do something. In that, the new light is expected to revolutionize the way the state interacts with citizens.”

In conclusion, he said, “In the beginning, there might be some problems about the existence of information in some areas. That means we need to move ahead slow and steady.”