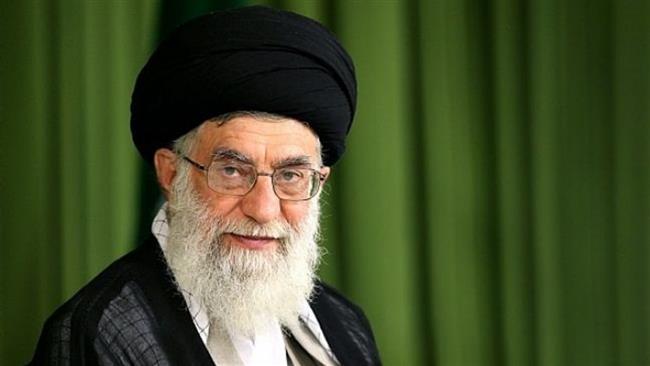 The Supreme Leader has said that the US has adopted a hostile and disruptive approach toward Iran’s nuclear program, and is unlikely to change tack in the future.

Leader of the Islamic Revolution Ayatollah Seyyed Ali Khamenei has said, in a letter to President Hassan Rouhani, that any remarks which suggest sanctions against Iran will remain in place would be in contravention of the agreement reached between Iran and P5+1 over Tehran’s nuclear program.

“Any comments suggesting the sanctions structure will remain in place or [new] sanctions will be imposed, at any level and under any pretext, would be a violation of JCPOA,” read the letter.

On July 14, Iran and P5+1 – the United States, Britain, France, China and Russia plus Germany – finalized the text of an agreement on Tehran’s nuclear program dubbed the Joint Comprehensive Plan of Action (JCPOA) in the Austrian capital, Vienna.

Under JCPOA, limits will be put on Iran’s nuclear activities in exchange for, among other things, the removal of all economic and financial bans against the Islamic Republic related to its nuclear program.

In a related development, a commission comprising representatives from Iran and the P5+1 met in Vienna last Monday to discuss the implementation of the JCPOA.

The letter also stipulated that measures to retrofit the Arak reactor and trade the existing enriched uranium will get underway only after the Possible Military Dimensions (PMD) file on Iran’s nuclear program is closed and a secure contract with enough guarantees is clinched.

In his letter, the Leader reiterated that the US has adopted a hostile and disruptive approach vis-à-vis Iran’s nuclear program, and is unlikely to change tack in the future.