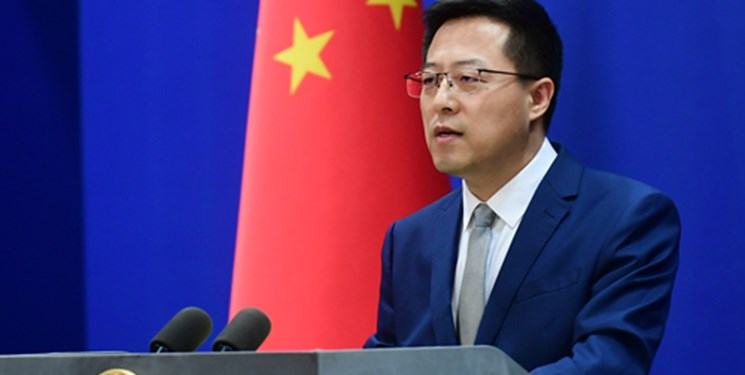 China says the US, as the initiator of what he called the Iranian nuclear crisis, should remove all unilateral and illegal sanctions imposed on Iran, China and third parties.

“As the one who started the Iranian nuclear crisis, the US should lift all illegal unilateral sanctions against Iran, China and other third parties, and Iran should resume fulfilling its nuclear commitments on this basis,” said Chinese Foreign Ministry Spokesman Zhao Lijian said in his regular presser.

“Although there was no breakthrough in the negotiations in [Vienna], all parties showed a serious attitude and agreed to return to the JCPOA exactly as it is. On the basis of the text reached in the previous six rounds of negotiations, the parties held comprehensive and in-depth discussions on the lifting of sanctions and issues in the nuclear field, and the Iranian side proposed written amendments to the text in these two areas. These interactions help all parties to better understand the position of the new Iranian government,” he added.

The spokesman also called on all sides to adhere to the political direction of dialogue and negotiation, warning that “finger-pointing and pressuring will lead nowhere”.

During the talks that began on November 29, the Iranian side presented two draft proposals on the removal of the bans and its nuclear activities.

The US and the three European signatories to the nuclear deal almost immediately dismissed Iran’s proposals as unacceptable and excessive.

However, Tehran has stressed that its proposals strictly fall within the framework of the nuclear deal and the previously agreed texts with the P4+1. Tehran says the talks will resume shortly after the European representatives consult with their capitals and are ready to return to the negotiating table.