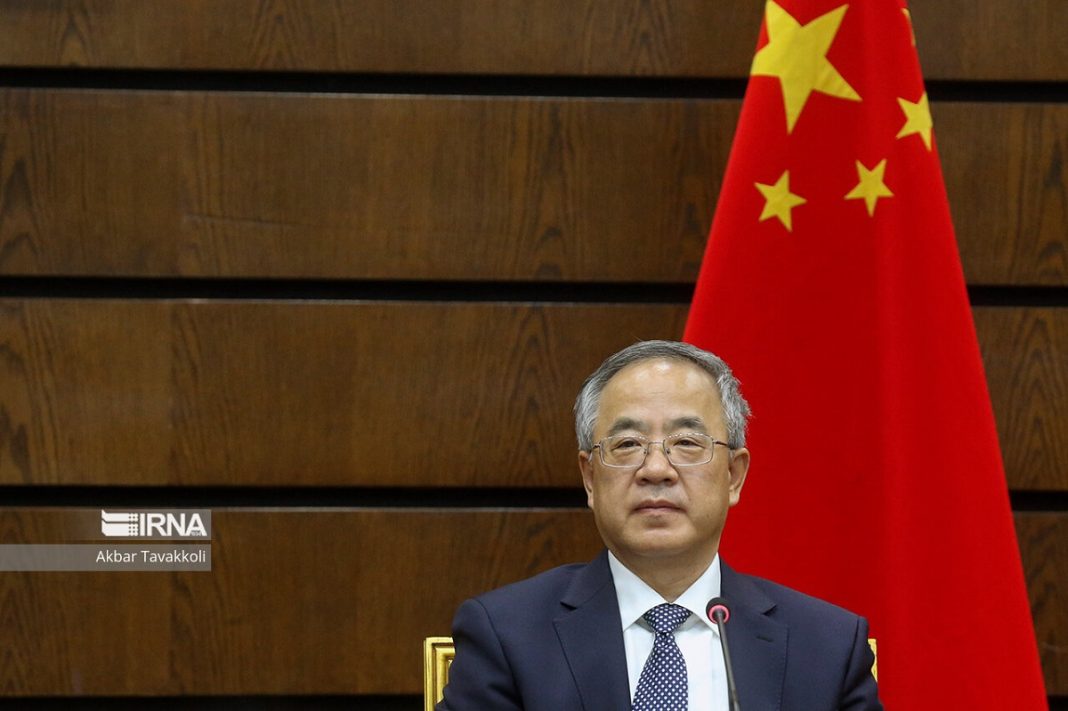 During a visit to Tehran on Tuesday, and days after Xi visited Riyadh, Hu said China was unwavering in its resolve to develop a strategic relationship with Iran.

He made the comments at a meeting with Iranian Vice President Mohammad Mokhber, adding that “China supports Iran’s national sovereignty, territorial integrity, national pride, and fight against foreign interference.”

“The two sides must support each other determinedly in this regard,” the Chinese official added.

In turn, Mokhber said preservation of and respect for Iran’s territorial integrity is a “sensitive and significant” issue for the officials and nation of Iran, and that it is necessary for all countries to abide by this invariable principle.

On December 9, and at the end of a state visit by the Chinese president to Saudi Arabia, leaders of the Persian Gulf Cooperation Council (GCC) and Xi issued a statement that included three articles with hostile rhetoric against Iran, including one concerning the Islamic Republic’s territorial integrity.

During Hu’s visit to Tehran, the Iranian and Chinese sides explored ways to promote the process of implementing their 25-year-long strategic partnership agreement. The two parties signed 16 memoranda of understanding to that effect.

China’s deputy premier said the achievements of the partnership deal are positive and significant for both sides, and that Beijing seeks to enhance its cooperation and relations with Tehran.