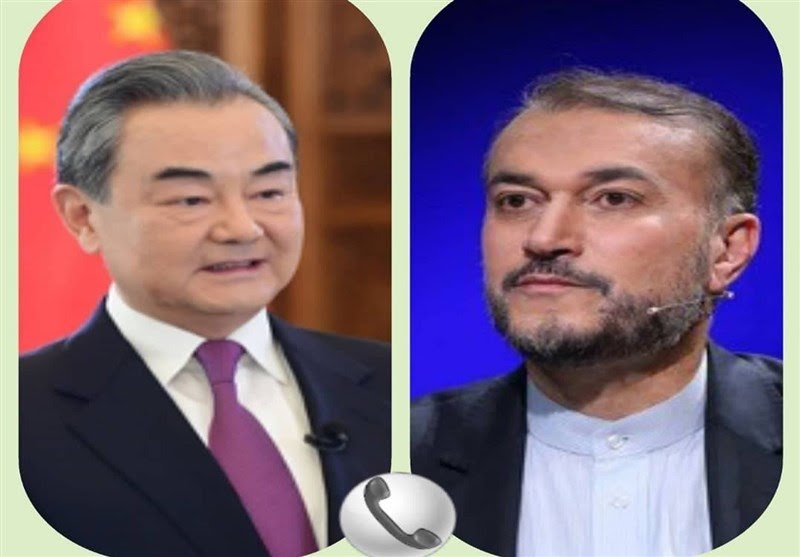 Wang Yi made the comment in a Friday phone conversation with Iran’ foreign minister Hossein Amirabdollahian.

Yi also stressed Beijing’s stance on the need for a full return of all JCPOA parties to honoring their obligations.

The top Chinese diplomat welcomed the beginning of talks between the Islamic Republic of Iran and the European side.

The Chinese foreign minister stressed that the leaders of the two countries are determined to fully expand bilateral relations, and therefore Beijing, just as in the past, will continue to cooperate and consult with the Islamic Republic of Iran at all levels, including mutual cooperation in regional and international organizations.

Amirabdollahian described relations between the two countries as strategic, emphasizing Tehran’s serious efforts to follow up on the agreements reached between President Xi Jinping and President Ebrahim Raeisi in a recent telephone call between the two sides, as well as the full implementation of the 25-year cooperation document.

The Iranian foreign minister explained the framework of  Iran-EU talks and the definite policy of the Islamic Republic of Iran which is the effective and complete removal of unilateral and illegal US sanctions.  Amirabdollahian also criticized the inaction of the three European countries.

The top Iranian diplomat emphasized that the talks have started in a positive and constructive direction.