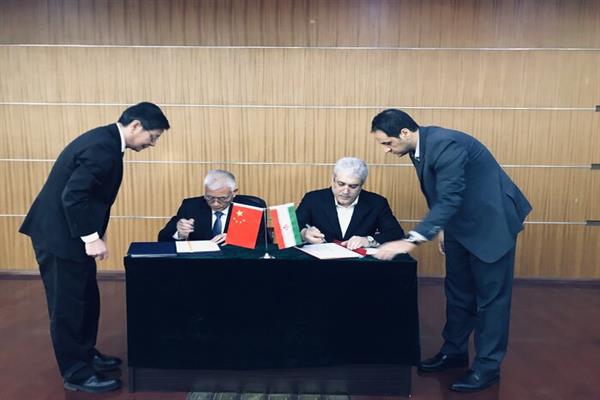 China’s Minister of Science and Technology Wang Zhigang has voiced his country’s determination to enhance scientific and academic cooperation with Iran under the One Belt One Road initiative.

In a meeting with Iran’s Vice President for Science and Technology Sorena Sattari, held in Beijing on Thursday, Chinese Minister of Science and Technology Wang Zhigang highlighted the results of the Iranian vice president’s previous visit to China and the growing trend in the scientific and technological cooperation between the two countries.

The Chinese minister also noted that the level of cooperation between Tehran and Beijing would be raised during the trip and the two countries would sign a memorandum of understanding that signifies an increase in the level of mutual cooperation.

Wang Zhigang also stressed that Iran and China could promote cooperation in such a way that would serve as a model for scientific and technological cooperation among the other countries.

He then highlighted the significance of the One Belt One Road plan for China and Iran, saying his country would do its utmost to strengthen scientific and academic cooperation with Iran under that scheme.

For his part, Sattari expressed Iran’s readiness to boost interaction with China on the basis of the knowledge-based companies.

He also pointed to the presence of 5 million university students and 200,000 PhD graduates in Iran, adding, “The innovative and knowledge-based economy has been put on the agenda of the Islamic Republic of Iran’s government.”

Iran is the world’s third biggest producer of gas and holds the largest oil and gas reserves, Sattari added, noting, “Iran’s economy is being affected by the young people interested in the start-ups.”

He further hailed China as the world’s top power, noting, “China’s scientific progress is such that it will outstrip the US within the next few years.”

The governments are duty-bound to link the knowledge-based companies, universities and the scientific and training centers with each other, Sattari noted, expressing Iran’s readiness for cooperation with China on the science parks.

Led by Sorena Sattari, an Iranian scientific and technological delegation, including the managers of 70 Iranian knowledge-based, innovative and creative companies, has paid a visit to China for the purpose of contributing to the promotion of exports from the knowledge-based and innovative firms to China and preparing the ground for the technological exchanges between the two countries’ corporations.

Iran opened a pavilion at the forum for the fifth consecutive year, displaying the products of 10 knowledge-based companies.

The Iranian vice president also participated in a trade and technology conference in the Chinese city of Shenzhen. The Iranian knowledge-based companies and China have signed 7 memoranda of cooperation at the event.