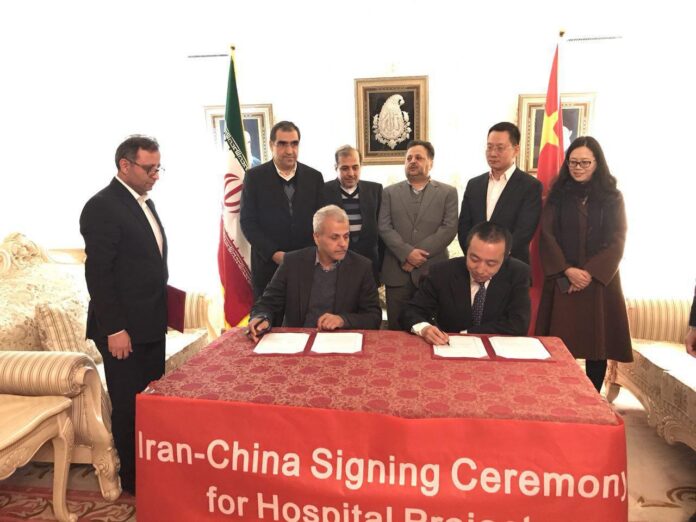 Iran and China have signed a framework agreement to establish five hospitals in Iran with a $2-billion investment provided by Chinese banks.

The agreement was signed on Monday during a visit of Iran’s Health and Medical Education Minister Seyyed Hassan Qazizadeh Hashemi to Beijing.

It was inked by top economic advisor to the Iranian Health Ministry and a number of Chinese companies, a Farsi report by IRNA said.

China Development Bank and China’s Exim Bank will fund the construction of the hospitals in Iran.

Iran’s Ministry of Health and Medical Education is set to oversee the construction of the hospitals. The process is expected to last about four years.

The Iranian minister arrived in Beijing on Sunday at the top of a delegation comprising Health Ministry officials as well as Health Commission of Parliament for a three-day visit.

During the visit, the delegation participated in the first gathering of Iranian scientific society in China, paid a visit to Beijing National Hospital and made a tour of a traditional medical hospital.

The Iranian minister also held talks with his Chinese counterpart.

Before arriving in China, Qazizadeh visited Seoul. During his visit to the South Korean capital, the Iranian delegation visited several hospitals and medical equipment centres and signed seven memoranda of understanding (MoUs).