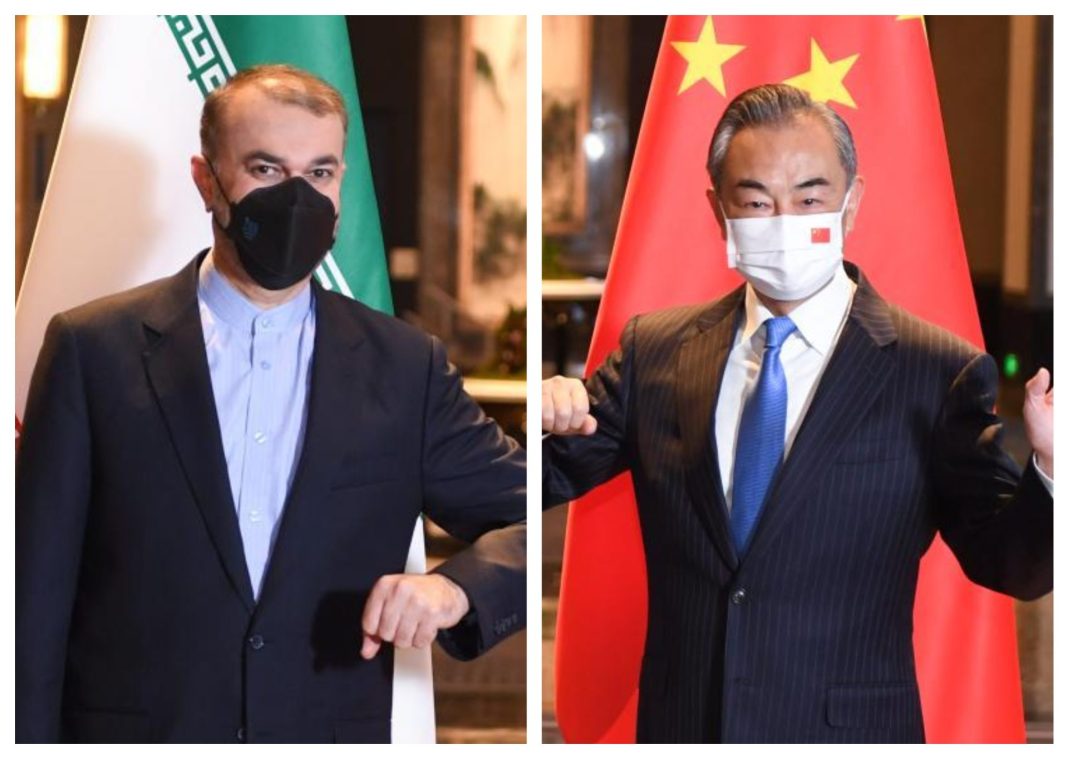 The Chinese foreign minister says his country understands Iran’s concerns over the unresolved issues in the Vienna talks, adding Beijing supports Iran in this regard.

The two top diplomats discussed bilateral relations, issues pertaining to the Vienna negotiations over the revival of the Iran nuclear agreement and some international developments.

Referring to the progress made in the Vienna talks, Iran’s foreign minister stressed the importance of some remaining issues and the need to protect Iran’s national interests, including in the economic field.

Amir Abdollahian said that Tehran has so far put forth many initiatives to resolve the remaining issues and now reaching an agreement requires a political decision and a realistic view by the Western parties.

The Iranian foreign minister expressed pleasure with the close cooperation between Iran and China and outlined the consultations held by Tehran in this regard.

Amir Abdollahian further described as important, the continuation of the consultations and close cooperation between Iran and China in Vienna, as well as in the capitals of the two countries.

Elsewhere during the telephone conversation, Amir Abdollahian addressed the relations between Tehran and Beijing on various issues. He extended President Ebrahim Raisi’s greetings to his Chinese counterpart Xi Jinping, saying the Iranian president has issued necessary instructions regarding technical negotiations over the implementation of the 25-year strategic partnership agreement between Iran and China.

He added that now it is necessary to act seriously and quickly in order to implement the strategic partnership agreement.

Referring to the strategic partnership agreement, the Chinese foreign minister also stressed the need for dialogue and consultations between the representatives of Iran and China to pursue this important pact.

He also spoke of the close relationship between Iran and China in the Vienna talks and said that with the coordination and joint efforts by the two sides, many achievements have been made so far.

However, the top Chinese diplomat stressed the importance of the remaining unresolved issues in the Vienna talks and said China understands and supports the reasonable demands of the Iranian side. Wang expressed hope that by maintaining the forward trend and the interaction of the negotiating parties, all sides can reach an agreement in Vienna.

The two foreign ministers also discussed the developments in Ukraine and expressed hope that the third Summit of Afghanistan’s neighbors in Beijing will be held successfully.