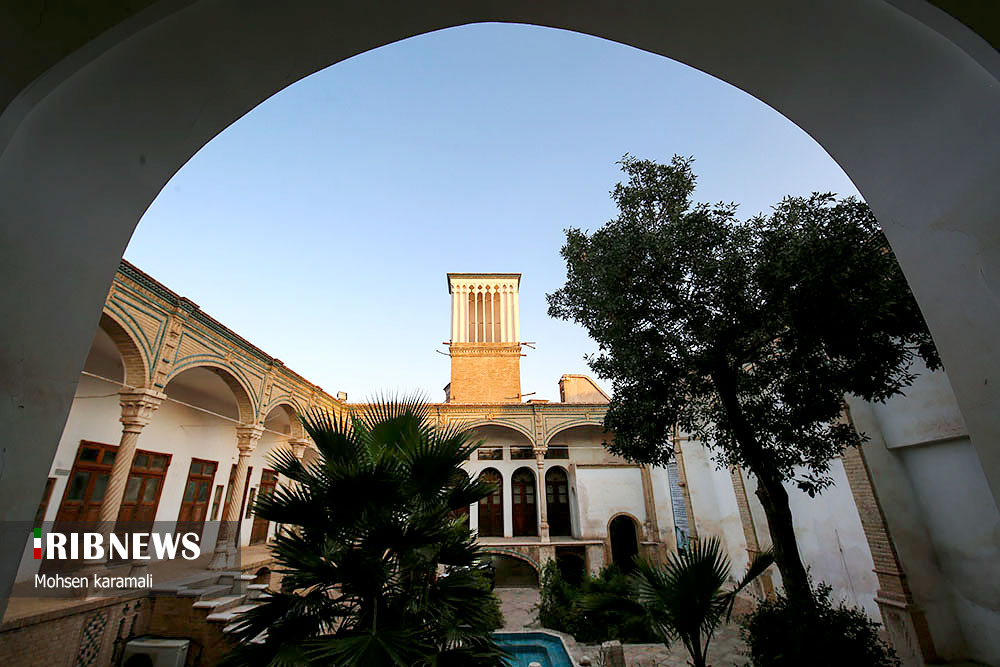 The historical Haj-Qoli-Khan house is one of the ancient homes in the central Iranian city of Qom.

Based on historical documents, the building dates back to the late Qajar era. Of course, parts of the house are older and date back more than 120 years.

The house is located in one of Qom’s old neighbourhoods called Chaharmardan.
The entrance to the house has a low lintel, which is an arch-shaped ceiling made of bricks.
The total area of the house measures around 400 sqm. The house has thirteen rooms four of which are larger than others.

There are also two wind towers in the house. On the east side of the house there is a Panjdari (a five-door structure) which is linked to the outside space and the basement through the wind towers. The Haj-Qoli-Khan house is a precious structure both in terms of architecture and antiquity. The house was registered on the list of Iranian national heritage sites in 1998. It is currently used as an office building and is the location of the local cultural heritage department.