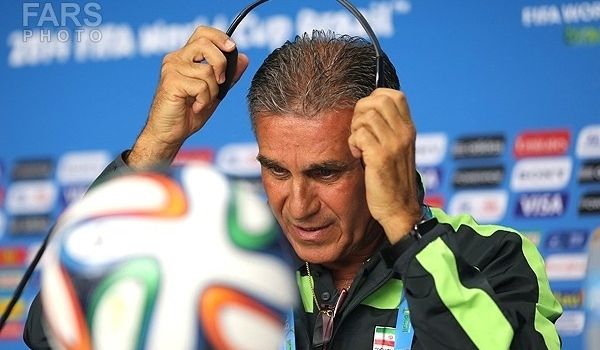 Iran head coach Carlos Queiroz hailed his players after they opened their campaign in Group F with a gutsy goalless draw against Nigeria.

Iran National Football Team had the best chance of a grim showdown in Curitiba on Monday when Reza Ghoochannejhad forced a fine save out of Super Eagles goalkeeper Vincent Enyeama in the 33rd minute.

Former Manchester United assistant is convinced his side still have a chance in a group which also includes Argentina and Bosnia.

“I am very happy but it was very difficult, we played against a great team and it was necessary to play a realistic game,” Queiroz said.

“I think we did well, we fought for every ball and every space, and we played 90 minutes with one thing on our mind; the first opportunity to score,” he added.

“It was a game that I need to praise my players, they deserve to be congratulated. We kept the team in the tournament and now we have Argentina. The most important thing is that everything is open for us,” the Iran coach stressed.

Iran face Argentina in their next Group F fixture on Sunday.

“We don’t have players from Liverpool, Chelsea and Lazio in our team. My players they celebrated their hard work, the concentration, the attitude. They deserved to celebrate,” he said.