The Canadian Democratic Institutions Minister Maryam Monsef says she was shocked to discover that she was born in Mashhad, Iran, rather than Afghanistan.

Globe and Mail recently revealed that the Canadian Democratic Institutions Minister Maryam Monsef was not born in Afghanistan’s Herat, as she had earlier announced.

Monsef in a statement responded to the Globe and Mail’s report, saying that she feels responsible towards Canadian people and is transparent about her roots.

Here is the full text of her statement, as covered by Entekhab:

“Today, The Globe and Mail published an article outlining that I was in fact born in Mashhad, Iran and not in Herat, Afghanistan – as I was led to believe for my whole life.

Because I know my story has resonated with many Canadians, I wanted to take the time today to clear any misconceptions this may have unintentionally caused.

In recent days, my mother told me for the first time that my sisters and I were in fact born in Mashhad, Iran, approximately 200 kilometres from the Afghan border. 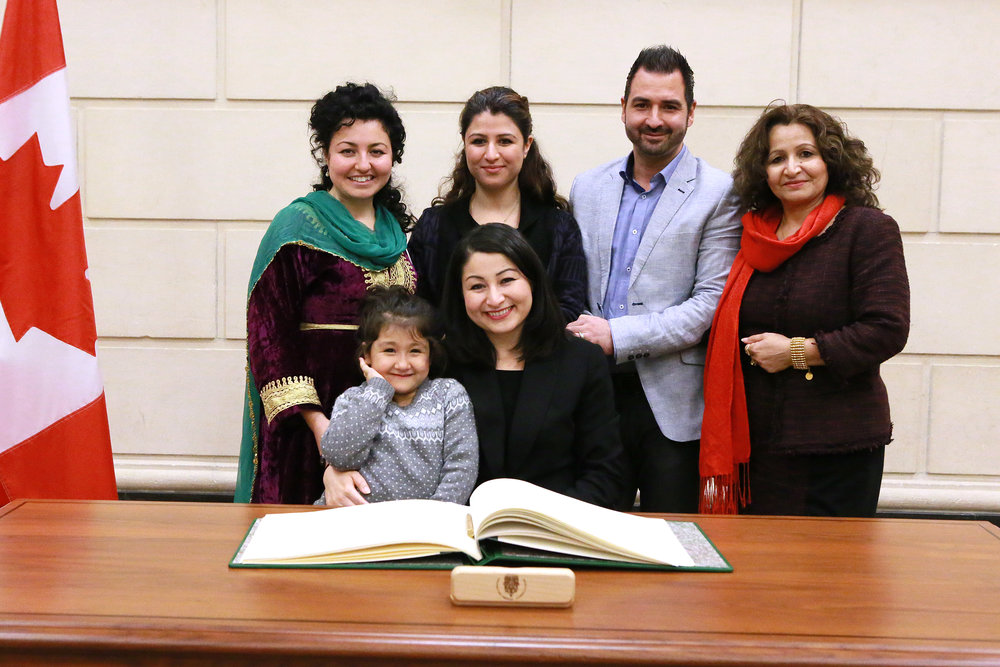 Following my parents’ wedding in Herat, the local security situation became untenable. The town was severely damaged by war and thousands were killed.  No longer safe in their home town, my parents decided not to take risks and went to Mashhad, Iran, where they could be safe – with the hope of soon returning to the place their families called home for generations. While we were technically safe in Iran, we did not hold any status there and like the thousands of other Afghan refugees, we were not afforded all of the same rights and privileges given to Iranian citizens. After my father’s death, we travelled back and forth between Afghanistan and Iran when the security situation permitted it.

My sisters and I asked my mother why she never told us we were born in Iran. She told us she did not think it mattered. We were Afghan citizens, as we were born to Afghan parents, and under Iranian law, we would not be considered Iranian citizens despite being born in that country.

Some survivors believe healing comes from telling their story; others cannot fathom revisiting the past. My mother never talked about the unspeakable pain that conflict and terror inflicted on her. This week my sisters and I asked her to re-live that pain.

Conflict has robbed me of a father and it has scarred my family and I for life. We thankfully found a welcoming home in Peterborough, Ontario, Canada, where we began the challenging and difficult process of resettlement.

Coming to Canada as a refugee – twenty years strong – and now a member of Cabinet in the 42nd Parliament – I feel a tremendous deal of responsibility in upholding all that this great country has allowed me to become. This includes accountability to the public and transparency.

Canada has played an important role in allowing me to become who I am today. It’s the only place I’ve ever truly felt I belonged, and I couldn’t be more proud to be Canadian.”