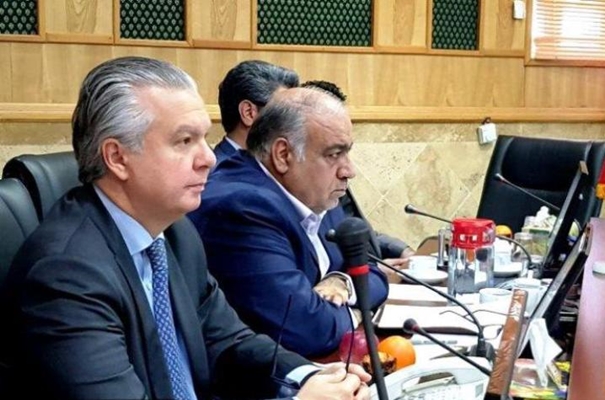 The Brazilian ambassador to Iran says the US’ anti-Iran sanctions are cowardly and, if necessary, Tehran can count on Brazil in this regard.

Rodrigo Di Assardo Santos made the remarks on Sunday in a meeting with the governor of Kermanshah Province.

Santos said a number of Brazilian banks interact with Iranian banks and “we can work together in the economic and capital transfer sectors.”

“We do not have any problems with the transfer of funds from the banks of Brazil to Iran, but if we are faced with the problem of transferring the currency and capital of Brazilian companies to Iran, we can do this through barter.”

Referring to his meeting with Iranian Minister of Health, he said, “We had good negotiations to export hospital and sanitation equipment to Iran.”

The diplomat said he had travelled to the Islamic Republic four times before being appointed as the ambassador, noting that during these trips he had found Iranians are resilient people and could solve problems.

He went on to say that after meetings with the ministers and governors of the Islamic Republic of Iran, “I realized that Iran is a large country in the region, and it is becoming a big power in the world with such speedy progress.”

Santos also welcomed Brazil’s cooperation with Kermanshah province in the field of petrochemicals, water, agriculture and natural minerals, and promised to prepare the ground for Brazilian traders’ transactions with Iranian province of Kermanshah.

Trade volume between Brazil and Iran was about $2.5 billion last year, of which most were goods imported by Iran.

Corn, meat and soybeans are Iran’s most important imports from Brazil, and floorboards, grapes, pistachios, raisins and glassware are the most important export items of the Islamic Republic to Brazil.