Blinken says US prefers diplomacy with Iran over nuclear deal 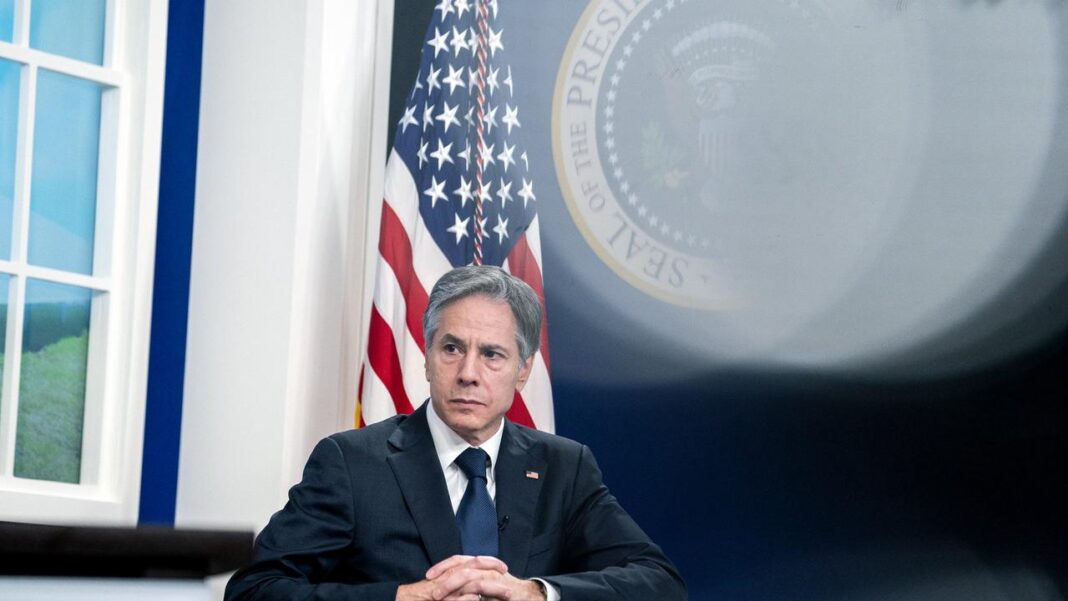 Secretary of State Antony Blinken says the United States prefers diplomacy with Tehran in dealing with the Iran nuclear deal, but if that fails, Washington is willing to consider other options. Tehran says JCPOA revitalization is contingent upon a Washington decision.

“We’ve been engaged in intense diplomacy. But if Iran is not willing or able to do what’s necessary to get back into compliance, well, that’s part of the equation too,” he added.

“President [Joe] Biden is committed to ensuring that Iran not acquire a nuclear weapon. We’ve continued to believe that the most effective way, the most durable way to do that was through diplomacy,” the top diplomat continued.

“So on the diplomacy, again, as I said, we think that’s the best solution. But despite the efforts that we’ve made, even as we’ve been pushing back against Iran’s other egregious actions, despite the efforts that we’ve made and our partners in Europe have made, Iran has not been willing or able to do what’s necessary to come back into compliance with the agreement. So we will continue to look and act on ways to make sure that, one way or another, Iran does not acquire a nuclear weapon,” Blinken noted.

Iranian Foreign Minister Hossein Amirabdollahian has recently said the US seems ready for the final step toward reviving the Iran nuclear deal.

The Iranian foreign minister stated Iran is also ready to take the final step toward an agreement.

He added, “Our understanding is the other sides have concluded that they need to act realistically and we have also stated that if our red lines are respected, we are prepared to take the final steps to sign a deal.”

Referring to his meeting with Josep Borrell, the European Union Foreign Policy Chief on the sidelines of the Baghdad II conference, Amirabdollahian noted that he told the top EU diplomat in the presence of the JCPOA talks coordinator Enrique Mora and Iranian Deputy Foreign Minister Ali Bagheri in Amman that the US cannot extract concessions from Iran through media if it really believes in diplomacy.

The top Iranian diplomat further said Washington is making hypocritical statements and some actions that are at odds with their words. Amirabdollahian added the US kept saying it was ready for a deal but they acted in a tow-faced manner through the media.

The JCPOA has been in tatters since former US president Donald Trump left the deal in 2018. Trump reinstated sanctions on Tehran after his withdrawal from the JCPOA and Iran hit back by reducing its commitments under the agreement.