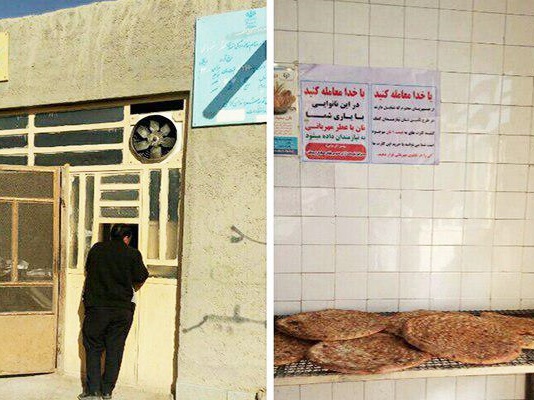 A benevolent person in southeastern Iran has launched an initiative to provide needy families with free bread.

Hossein Bonyadi has been asking bakeries in the city of Zabol to contribute to the program. So far, he has managed to get 87 bakeries on board.

“Most of the 87 bakeries, which are members of the plan, have been able to build confidence and advance the program,” says Bonyadi.

According to a Farsi report by Mehr, he says the needy families who live in the vicinity of each bakery take priority.

“The more contributions are made by the people, the more [needy] individuals will be covered [by the plan],” he says.

He has also explained how the bakeries are picked and how the plan is implemented.

“We choose all the bakeries in the city as well as in satellite towns and villages for the plan, talk to them one by one and tell them how the job is done. Based on the statistics we have received from the Bakeries’ Union, there are around 160 bakeries in Zabol and we intend to take all of them on board with the plan,” he notes.

Based on the plan, he says, arrangements are made to use public contributions to pay for the bread that needy families buy from bakeries.