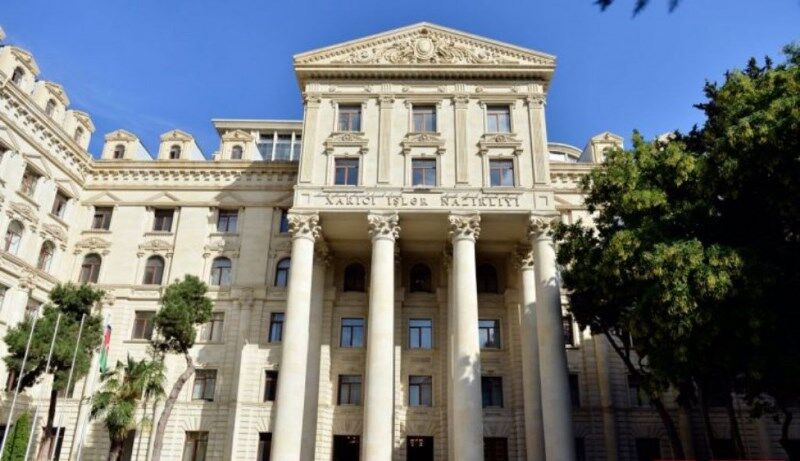 The Republic of Azerbaijan's Foreign Ministry has described the meeting of Russian, Azeri and Armenian leaders on Friday as positive.

Referring to the signing of a tripartite statement during the meeting on Friday, the Azeri Foreign Ministry said the document fully reflects the position of the Republic of Azerbaijan.

The statement stresses the need to accelerate the implementation of regional projects including the opening of rail and road routes.

According to the Azeri Foreign Ministry, in the post-conflict period, Baku has called for the full implementation of the previous trilateral statements, the opening of all communications in the region, the beginning of the demarcation process between the Republic of Azerbaijan and Armenia, and the normalization of bilateral relations based on international law.

During the meeting on Friday, Putin urged the Armenian and Azeri leaders to ease tensions and resolve disputes after last year’s war over Nagorno-Karabakh.

The meeting came after a flare-up in border clashes earlier this month.