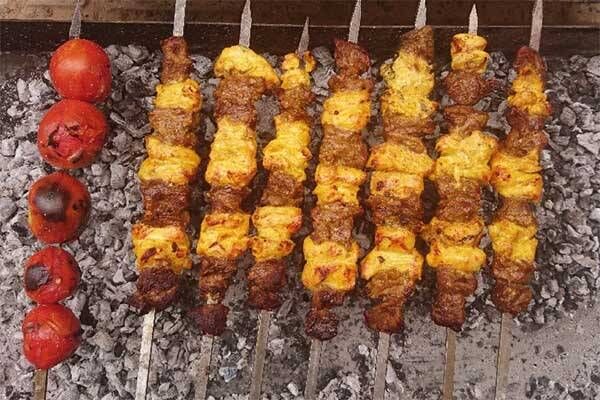 Tourists traveling to the Chaharmahal-Bakhtiari Province in southwestern Iran do not hesitate to order “Bakhtiari kebab” when they go to a restaurant.

Bakhtiari kebab contains a high protein content and is very popular with tourists especially when it is barbecued. 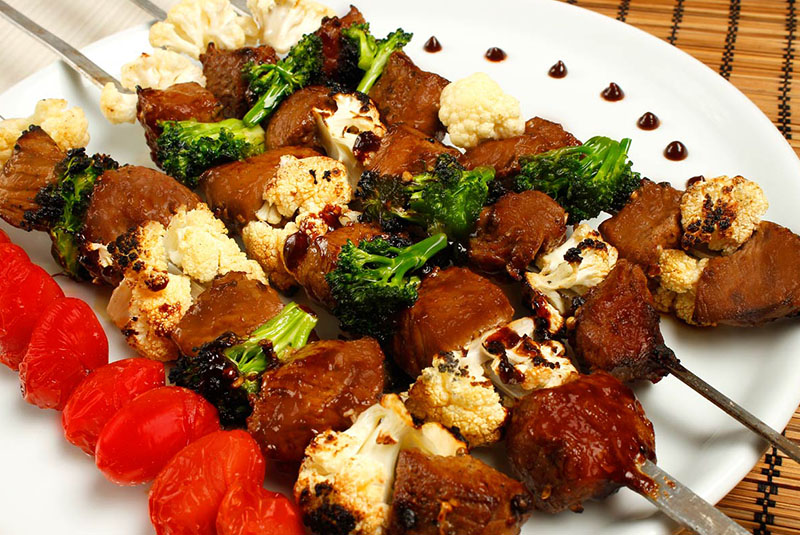 Women in the province are an old hand at cooking this Persian dish. They grill it on coal and serve it to their guests.

Even some visitors film the process of preparing this ambrosial dish before it is served.

They chop the fillet and let it stay in yoghurt until it gets tender. Then they skewer the meat this way: two pieces of beef fillet and two piece of chicken meat alternately. Finally, they grill it.

The kebab becomes all the more delicious if served with local bread and doogh (a drink made by mixing yoghurt and water). 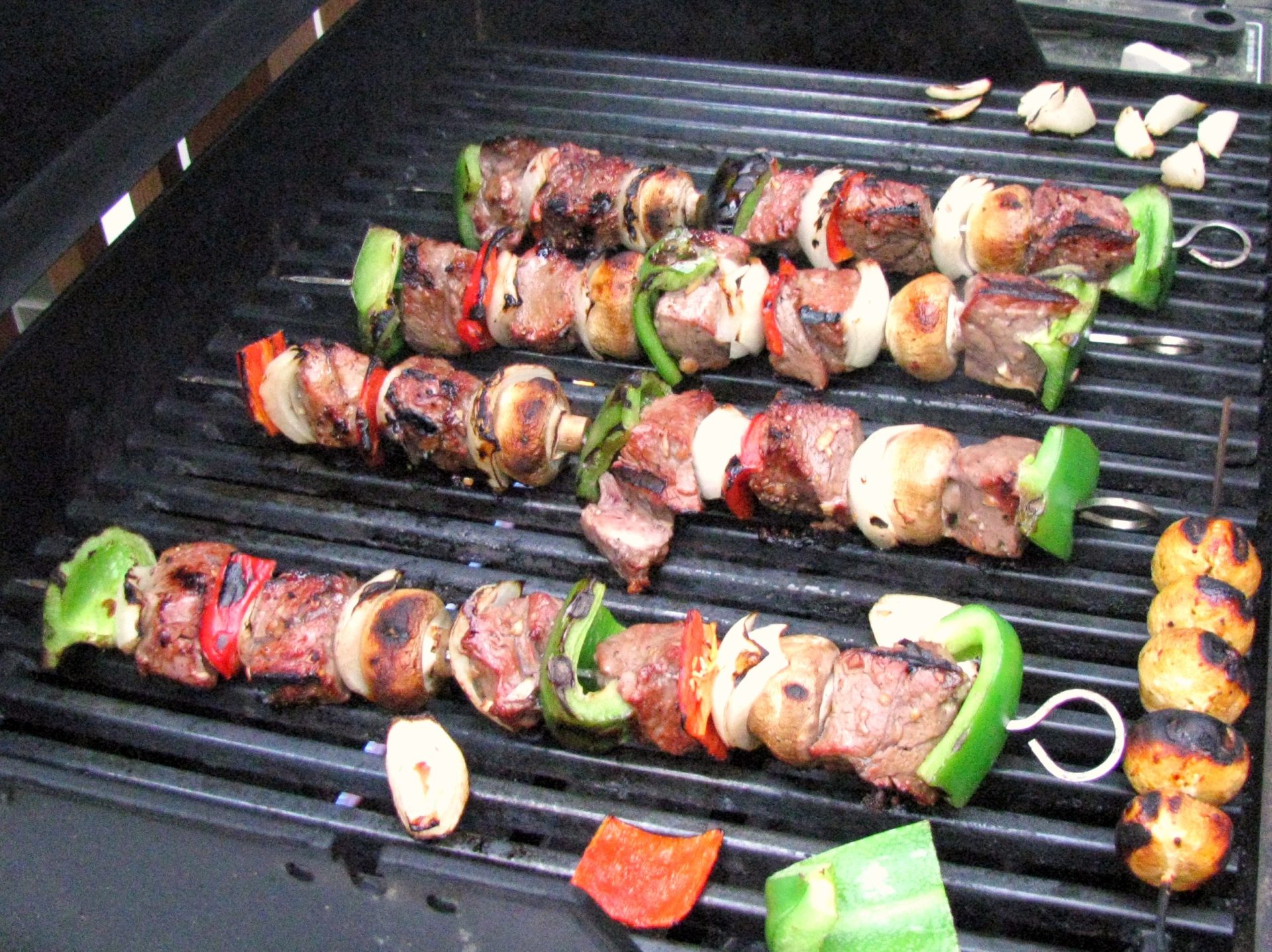 Some do not consider the kebab served in restaurants, which is made of a mixture of red meat and chicken, as original Bakhtiari Kebab. They believe Bakhtiari Kebab contains sheep meat only and no chicken.

In the original recipe, Bakhtiari Kebab is made of a mixture of sheep meat and fat. You need to add a small piece of fat to each two pieces of meat.

In the final stage of cooking, melt some butter and mix it with brewed saffron inside a small bowl. Two minutes before the kebabs are done, lubricate them with the mixture using an oil brush so that they get softer and more delicious. 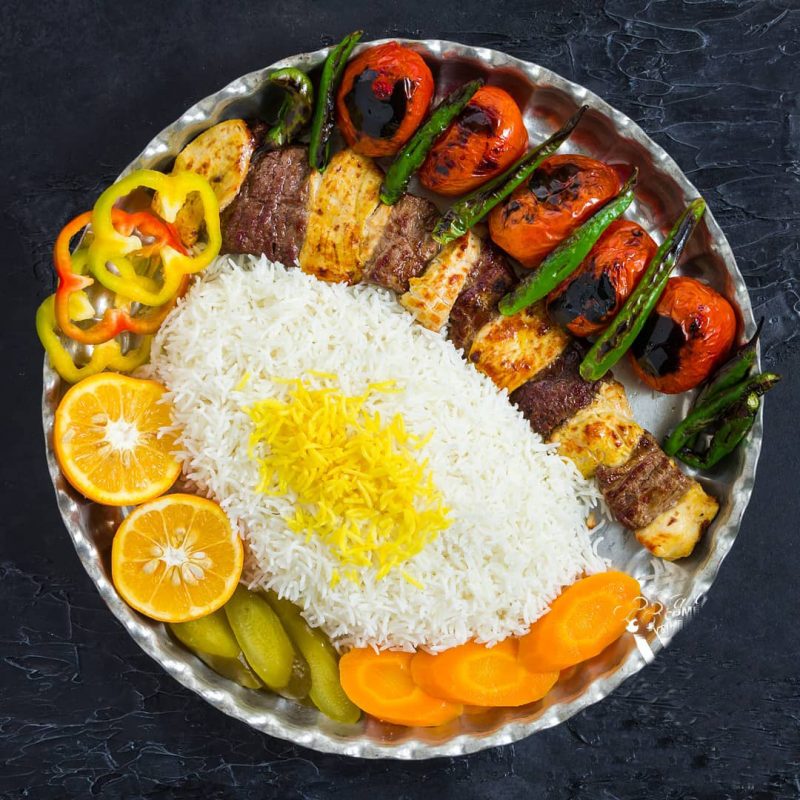 How to Mmarinate Bakhtiari Kebab

First, cut the chicken fillets the size of the chunks used to make Chicken Kebab and place them inside a large bowl. Then, chop meat fillets a little larger than the size of Chenjeh Kebab and add them to the chicken chunks. 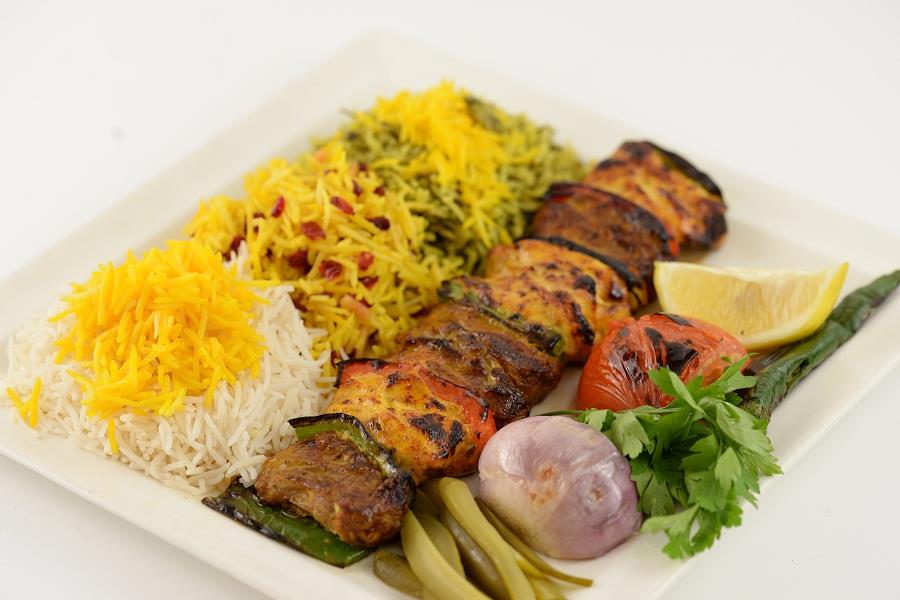 Then, slice onions into rings and mix them with the meat and the chicken. Next, mix brewed saffron, yoghurt, oil, salt and black pepper very well together and add them to the main ingredients.

Turn the pieces of chicken and meat upside down for some time so the marinate materials reach all parts.

you wish, you can also add some lime juice to get a sour taste in the end. Finally, cover the bowl once the ingredients are mixed together well. Let the ingredients rest inside the fridge between two to four hours.