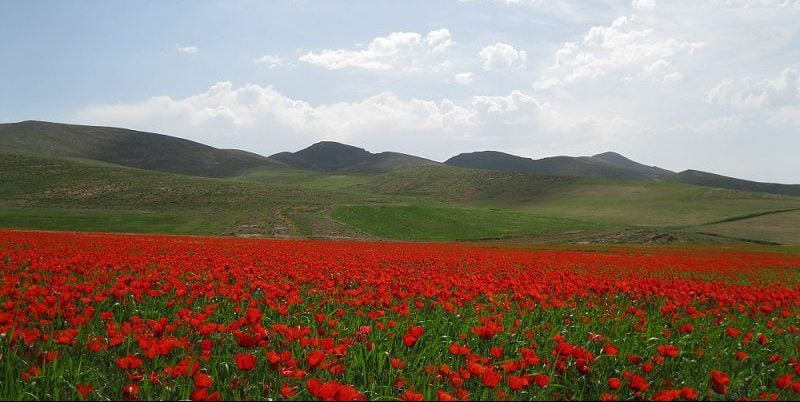 The border town of Bajgiran, which connects Iran’s Khorasan Razavi province to Turkmenistan, is one of the most beautiful tourist attractions in northeastern Iran.

Bajgiran, the capital of Bajgiran District in Quchan County, serves as a zero point border crossing between Iran and Turkmenistan.

The distance between Bajgiran and the city of Mashhad is about 200 km, or about a two-hour drive. The border town is about 55 km away from Ashgabat, the capital city of Turkmenistan.

Bajrian is highly significant in historical term. Due to its proximity to one of the oldest customs in the region, the border town is home to some historic storehouses belonging to the Bajgiran customs office. The storehouses are registered as national heritage.

In addition to the customs storehouses, there are other historical sites in the region including a historic crypt in the Rahvard village about 500m away from the town and the Shrine of Crown Prince Sultan Mahmoud in Dowlatkhaneh rural district near the same village.

The region of Bajgiran is also well-known for its natural attractions. It is home to a large number of plant species which are used in alternative medicine.

On the other hand, there is a no-hunt zone, about two kilometres northeast of Bajgiran. Among other natural attractions of the city, one can refer to Aq Kamar, Qater Darvish, Aslemeh and Darbam Valley.

Anemone Plain is also located in the region which is widely known as one of the greatest natural attractions of Iran.

What follows are photos of the region retrieved from Chamedan website: