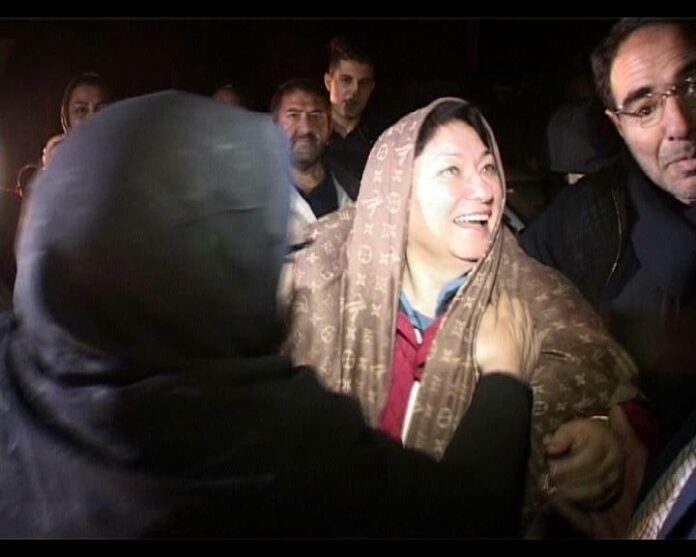 An Azeri woman and her biological siblings, unknown to each other for over six decades, met for the very first time in Iran.

After decades apart, Lyudmila, a 63-year-old geography graduate from Moscow State University, had a face-to-face reunion with Zivar and Safiyeh, his elder half-sisters, in Meshginshahr in northwest Iran Thursday.

According to a Farsi report by IRNA, the story begins in 1940s, when their father, Nowruz Barpoosh, travels to Soviet Union on a business visit.

But the unfortunate businessman gets caught in the country, as his trip coincides with an order by former Soviet premier Joseph Stalin that Iranian nationals must be deported or exiled.

Nowruz gets arrested and sent into exile in Siberia, losing connection with his wife and three daughters in Iran.

After passing several years in exile, eventually Nowruz gets free, but he cannot return to Iran due to a travel ban imposed by the Soviet Union.

Nowruz moves to Azerbaijan’s Ganja, where he remarries an Azeri woman who gives birth to two boys and one daughter.

Nowruz, his Azeri wife, and their two sons died before the collapse of the Soviet Union, leaving Lyudmila alone.

After Azerbaijan declared independence in the wake of the breakup of the Soviet Union in 1991, Nowruz’s Iranian children started looking for their father in Azerbaijan.

Earlier this year, decades-long search finally led one of Nowruz’s grandchildren to find his grave in Ganja, which helped him track the way to Lyudmila and allow the family to get together after over 60 years.

Lyudmila said she was really glad they were together.

“It appears just like a dream to find my sisters and relatives at this age,” she said.

“Since early childhood, I used to see my father expressing how much he missed his children in Iran. I was quite eager to see my sisters,” she told IRNA, while shedding tears.

Zivar and Safiyeh said they did lots of searching through the years when they were younger, but they failed to find a trail of their father as they had not much information to go on.