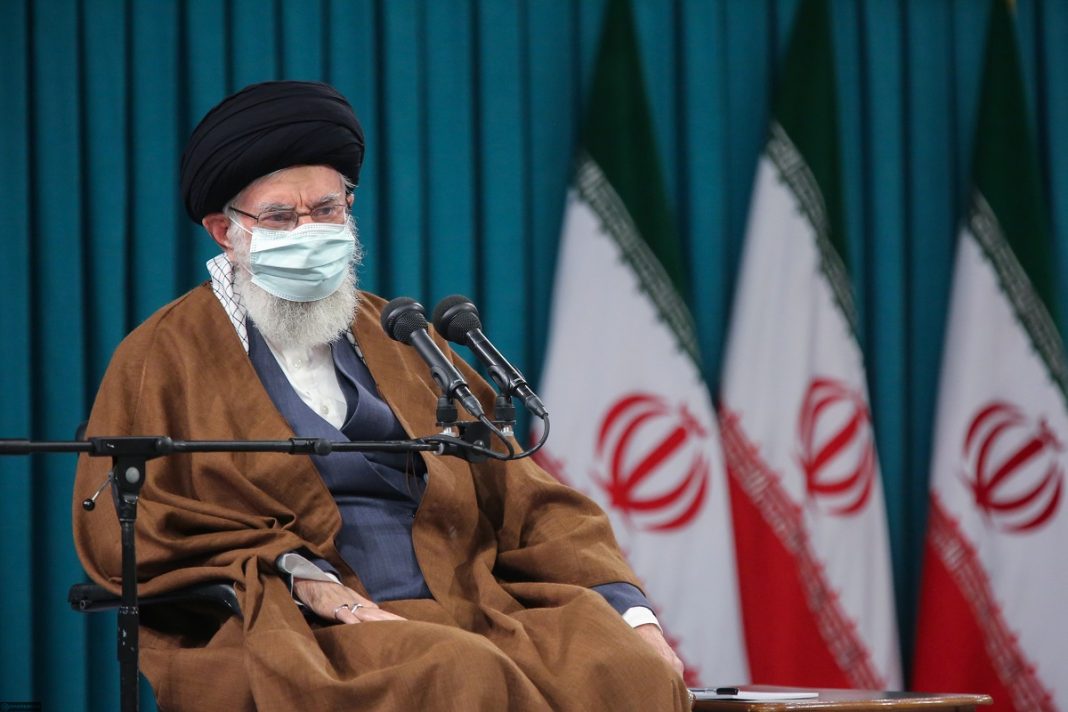 “In the negotiations, things are going well, and the negotiating team is keeping the president and the Supreme National Security Council and others informed, they are making decisions and moving forward. Our negotiating team has so far resisted the excessive demands of the other side, and God willing, it will continue to do so,” Ayatollah Khamenei said in a meeting with high ranking officials in Tehran on Tuesday.

The leader noted that the United States was the party that broke its promises under the 2015 nuclear deal and has now reached a dead end.

The Leader called on Iranian officials not to tie planning for the country to the outcome of the talks in Vienna.

Iran and the P4+1 group namely Russia, China, France, Britain and Germany have held many months of intense negotiations to find a way to remove unilateral American sanctions against Tehran and revive the Joint Comprehensive Plan of Action. All parties have said they are very close to an agreement but a few remaining gaps still need to be bridged.

The Leader of Iran’s Islamic Revolution also referred to the Saudi-led war in Yemen asking the Saudis why they are refusing to end a war they know they cannot win.

“Today, the Palestinian youth in the 1948 lands, not in distant lands, in the very center of occupied Palestine have awakened, are moving, making efforts, working, and this will continue. Undoubtedly, it will continue, and by God’s grace, according to God’s promise, victory will be with the Palestinian people,” Ayatollah Khamenei stated.