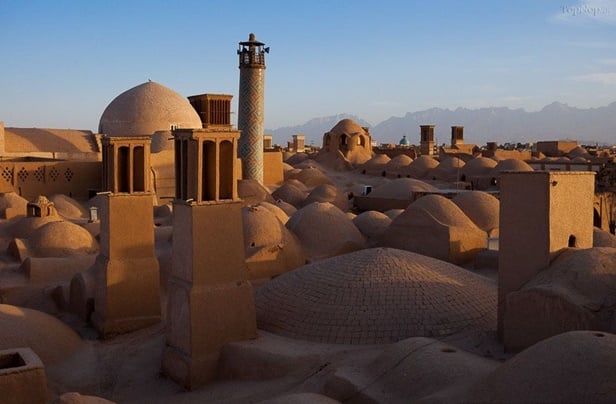 The Austrian ambassador to Tehran Stefan Schulz says some workshops will be set up to transfer the traditional knowledge of Persian architecture to Austria.

Speaking about the transfer of knowledge from Vienna to Iran and vice versa, the ambassador said that “mud buildings are very popular in Austria. These well-known structures, such as wind-catchers, are attractive to our citizens in Austria. In fact, the lifestyle today has led people to live in more relaxed buildings.”

“Before the opening of this exhibition, we had a trip to Yazd, and we were accompanied by the adviser of the Urban Design and Architecture Department of Yazd. As a result, the city’s officials announced their readiness to participate in the event. On this basis, it is also decided to hold joint workshops in Austria and Iran to exchange art and knowledge, especially in the field of building mud structures.”

The Austrian ambassador further mentioned that the buildings of Yazd are registered on the UNESCO list adding that negotiations have been held to transfer knowledge of constructing these structures, but the exact timing is not clear yet.

“At the moment, some people in Vienna and Austria are interested in healthy homes that are built with healthy materials such as wood, straw and even mud, so such measures can be used as a business,” added the Austrian official.

Otto Wagner (1841-1918) is one of the prominent European architects of the 19th century and early 20th century. His designs today are among the most important examples of architecture in the period of architectural transformation from historicism to modernism.

On the occasion of the 100th anniversary of the death of Otto Wagner, part of the great exhibition held by the Vienna Museum to commemorate him is put on show in Tehran.

Schulz said on the sidelines of the opening of the exhibition “Otto Wagner; the Endless City”, that art is an important factor in introducing Iran to the world.

“Iran and Austria have a long history of relations that is very significant and different from Iran’s ties with many other European countries,” said Schulz.

The Austrian ambassador said, “Otto Wagner; the Endless City”, is a step towards showing significance of the relations between Tehran and Vienna.

“This exhibition is the first step in explaining the importance of our relationships. As you know, Wagner is an artist beyond an architect who has a comprehensive look at life and urban life,” noted Schulz.

He spoke about the influence of Wagner in Iran, saying that two of Wagner’s students came to Tehran many years ago and played a significant role in the design and architecture of modern state-owned buildings in the country. “As you know, part of the ideas of these people were crystallised in the urban and social development.”

“Otto Wagner; the Endless City” will run through August 28 at Niavaran Cultural Centre.