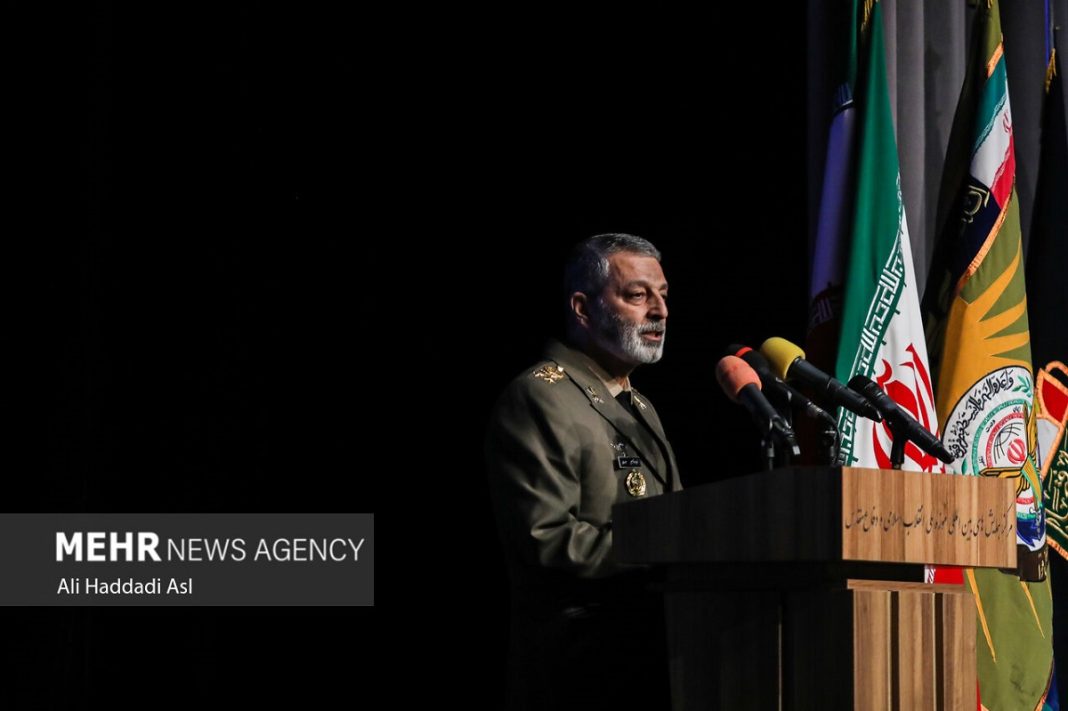 Iran's Army chief Major General Abdolrahim Mousavi has warned Israel and its allies that Tehran’s response to any hostile action will be devastating.

Addressing a meeting with senior Army commanders on Wednesday, Major General Mousavi said Iran is closely and constantly monitoring all the enemy’s moves, and that the Armed Forces are fully ready to counter any threat at the earliest.

“We will give a crushing response to any place from which an attack might originate against the security of the Islamic Republic and its interests or help is provided to the Zionist regime,” he added.

He noted Israeli officials have resorted to saber-rattling following the intensification of political divisions and the emergence of an internal legitimacy crisis, on the one hand, and the feeling of insecurity in the region, on the other.

“The Zionist regime is currently facing a political and security crisis and is under immense internal and external pressures. Corruption as well as financial and morality scandals gripping the regime’s officials in addition to insecurity caused [for Israel] by the rising power of Palestinian fighter groups have all put the Zionist regime in a critical situation,” Mousavi continued.

The army commander stated that the internal rift, fear and insecurity have prompted the Israeli rime to step up both violence against the Palestinians and saber-rattling against Iran while being fearful of the Islamic Republic.

The Israeli regime is hated more than ever by the public opinion in the world due to its widespread violations of international law, crimes against the Palestinian people and continuous evil acts in the region, he said.