At Least Five Killed after Heavy Storms Hit Central US 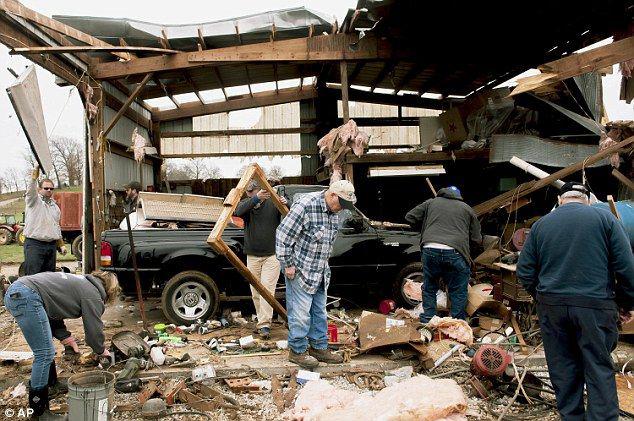 At least five people have lost their lives as a strong storm system that included a tornado pushed its way eastward through the central United States, leaving demolished homes, damaged vehicles and uprooted trees in its wake, according to American officials.

As well as the tornado that flattened homes, the storms also brought gale force winds and widespread flooding from the Upper Midwest to Appalachia.

The system that stretched from Texas to the Canadian Maritime provinces had prompted several emergency declarations even before the dangerous storms arrived.

In southwestern Michigan, the body of a 48-year-old man was found floating in floodwaters Sunday in Kalamazoo, city Public Safety official David Thomas said. Police were withholding the release of his name until notifying relatives, The Independent reported.

Thomas said the death didn’t appear suspicious but the cause wasn’t known. An autopsy was planned as early as Monday. Kalamazoo has hard hit by flooding from last week’s heavy rains and melting snow.

Authorities said Ms Combs’ husband was outside putting up plastic to keep rain out of the home when he was blown into the basement area. He sustained minor injuries.

The fifth death was in northeast Arkansas, where an 83-year-old man was killed after high winds toppled a trailer home. Clay County Sheriff Terry Miller told KAIT-TV that Albert Foster died Saturday night after the home was blown into a pond.

About 50 miles (80 kilometers) away, the National Weather Service said the roof was blown off a hotel in Osceola, about 160 miles north of Memphis, Tennessee.

In Middle Tennessee, the National Weather Service on Sunday confirmed an EF-2 tornado with maximum winds of 120 mph (193 kph) hit Clarksville on Saturday.