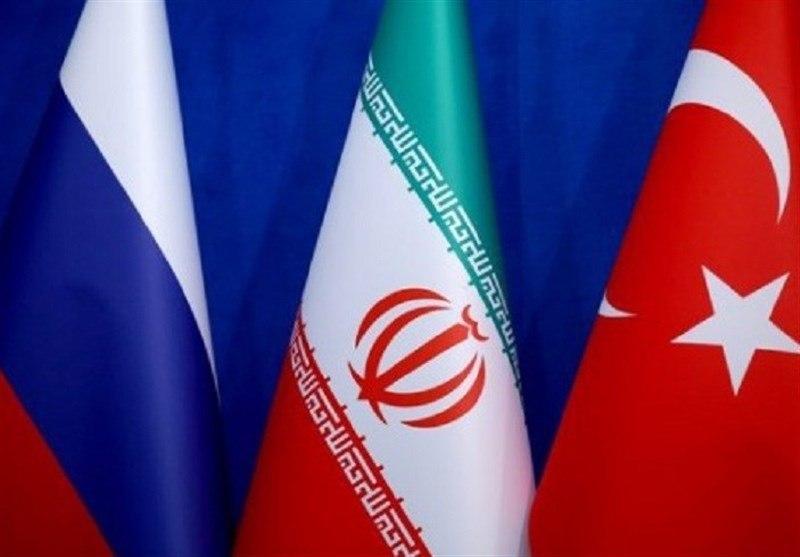 Representatives from the three guarantor states of the Astana Peace Process –Iran, Russia and Turkey- and the United Nations Special Envoy for Syria held a meeting in Switzerland to discuss the situation in Syria.

Diplomats from the guarantors of the Astana format and United Nations Secretary-General’s Special Envoy for Syria Geir O. Pedersen held the meeting at the United Nations Office in Geneva on Wednesday, August 26, and discussed the developments in Syria, particularly the third meeting of the Constitutional Committee, the situation in Idlib, and the task force on the exchange of abductees and missing persons.

At the beginning of the gathering, Pedersen gave a report on holding the first round of the third meeting of the Constitutional Committee.

The UN Special Envoy for Syria also expressed hope that the ceasefire in Idlib would continue, stressing the need for the exchange task force to proceed with its activities.

Diplomats representing the three guarantor states of the Astana Process also expressed their views in the meeting.

Ali-Asghar Khaji, a senior assistant to the Iranian foreign minister, expounded on Tehran’s stances on Syria at the meeting. He stressed the need to respect Syria’s national sovereignty, independence, unity, and territorial integrity, and reaffirmed Iran’s commitment to fighting against terrorism in the region, especially in Syria.

He also emphasized the necessity of resolving the crisis in Syria through Syrian-Syrian dialogue and for the continuation of the Constitutional Committee’s activities, and voiced Iran’s readiness to support the continued performance of the Committee.

Khaji further called for the removal of the cruel and unilateral sanctions on the people of Syria and for the delivery of humanitarian aids to Syrians, specifically in the battle with the coronavirus pandemic.

The Iranian diplomat also highlighted the necessity for implementation of the existing agreements on Idlib, expressing hope that carrying out the agreements would establish sustainable calm in Idlib.

Khaji finally underlined the need for the resumption of activities of the exchange task force as a humanitarian and trust-building measure.