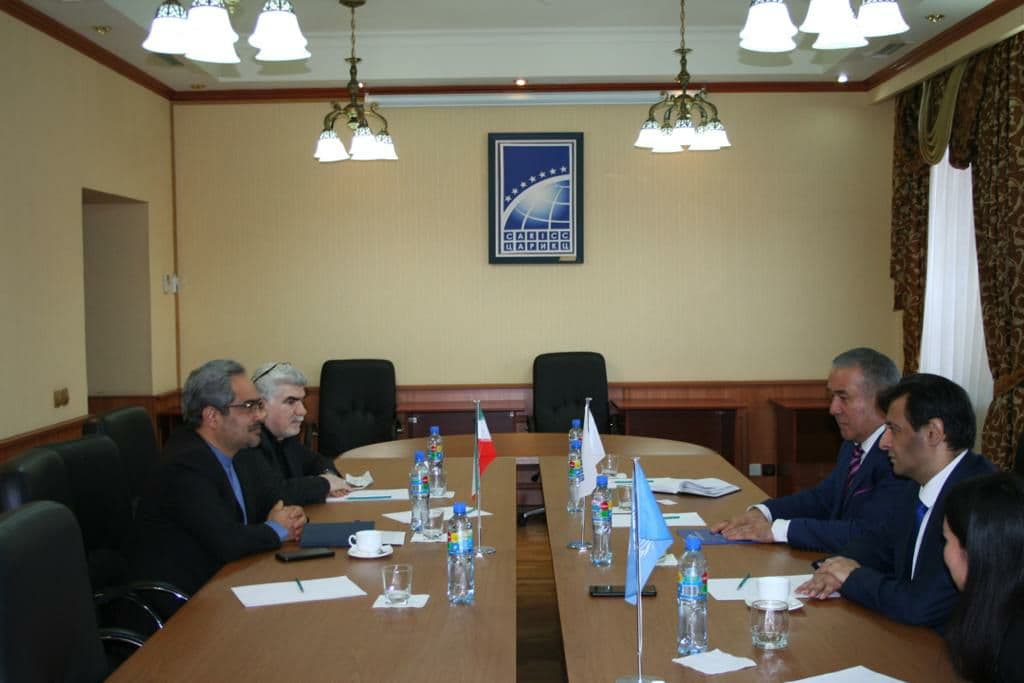 The Central Asian Regional Information and Coordination Centre for Combating Illicit Trafficking of Narcotic Drugs, Psychotropic Substances and their Precursors (CARICC) has praised Iran for its fight against illicit drugs and its heavy contribution to the capabilities of the centre.

In a meeting with Iranian Consul General in Kazakhstan Mohsen Faghani in Almati, CARICC Director Rustam Miralizoda further underlined the need to promote bilateral and regional cooperation in the war on drugs.

He noted more than 950 tonnes of narcotics were seized by Iranian police last year, and that fighting the global scourge of narco-trafficking requires collective cooperation and efforts by the international community.

Miralizoda then touched upon the history of the establishment of the CARICC.
“This institution was set up in 2007 by Russia, Kazakhstan, Uzbekistan, Tajikistan, Kyrgyzstan, Turkmenistan and the Azerbaijan Republic, with its Secretariat located in Almati,” said the CARICC director.

He said several other countries also have observer seats at the centre.

The CARICC chief said member states coordinate their efforts in the fight against narcotics in the region, facilitate cooperation among them to prevent the transit of illicit drugs through those countries, devise mechanism for collaboration among officials of member states, contribute to and run joint international efforts in that regard, and exchange and analyze relevant intelligence and information on fighting narcotics.

He further congratulated Iran on having joined the centre, and said Iran’s membership will considerably boost the CARICC’s potentialities and capabilities.

The Iranian official, in turn, underlined the need for cooperation among regional and international institution in the war on drugs, saying the cooperation of institutions such the CARICC and the United Nations Office on Drugs and Crime (UNODC) with Iran, which is at the forefront of the campaign against narcotics, will contribute to tackling this problem.