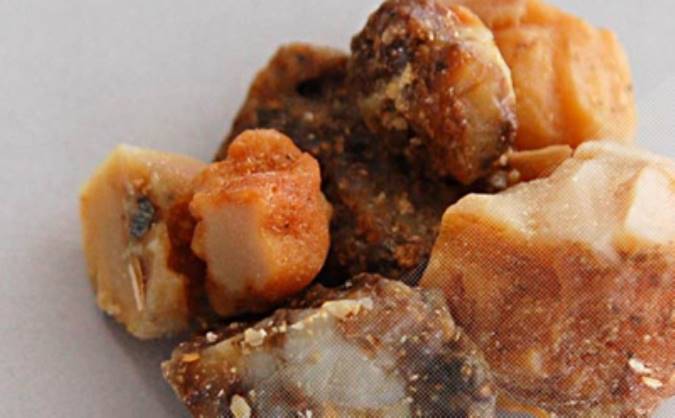 Asafoetida is an important medicinal herb with numerous health benefits. Asafoetida has an umbel inflorescence.

It is a big perennial shrub which could grow as high as 2.5 meters. The plant has a rather thick and sturdy stem with a rough surface. Asafoetida has an umbel inflorescence.

In Iran, Asafoetida grows in the provinces of Khorasan, Sistan and Baluchestan and Kerman as well as in southern parts of the country.

The oleo-gum-resin extracted from the plant’s roots or base of its stem has medicinal properties. It has long been used as an expectorant, a carminative, and an antispasmodic for the colon. It has also been used in the form of suppositories to cure muscle cramp.

The herb is very popular with African Americans. It is also used to treat stomach cancer, corns and calluses and functions as a diuretic, painkiller and stimulant. It is also used to stop menstruation and treat asthma, seizure and cancer. Asafoetida has a taste stronger than that of onions and garlic, and is available in the form of oleo-gum-resin or lotion. Drugstores and supermarkets sell Asafoetida as a preservative or spice as well. It is sometimes used in very small amounts in some kinds of chocolate, beverages, spice and sauce.

Although asafetida has not been used widely in Iran’s traditional medicine, it is one of the country’s major herbal exports. Its buyers analyze the herb with complex methods to extract dozens of invaluable substances such resin, which could be used in pharmaceutical, hygienic, cosmetic and industrial products. The extraction of asafetida oleo-gum-resin is a time-consuming, arduous and rather expensive process. The generic term used in trade to refer to asafoetida has its origin in ancient Persia, which used to be the biggest supplier of the herbal medicine across the globe. The plant grows in parts of Afghanistan as well, but it grows in a much wider area in Iran than in other countries.