Armenia Loans out Its Ancient Relics to Iran 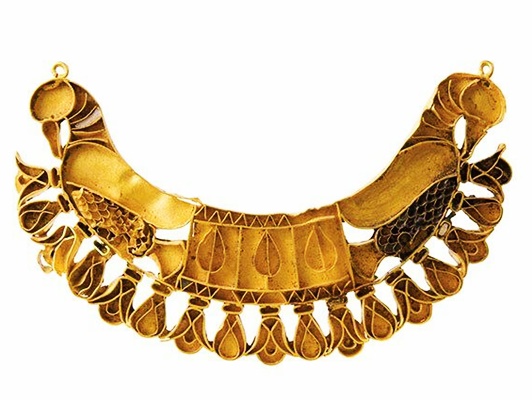 Director General of the National Museum of Iran says 103 objects from the collection of works of ancient Armenian culture and civilization have arrived in Iran based on an agreement between the two countries to host a joint exhibition in Iran.

Following the visit of Iran’s President Hassan Rouhani to Armenia and sealing of economic and cultural agreements with the Caucasian country, which were signed by the chairman of Iran’s Cultural Heritage, Handicrafts and Tourism Organization and the Armenian Minister of Culture, an exhibition called ‘Iran and Armenia: Memory of a Land’ will be held in Tehran.

According to a Farsi report by ISNA, Director General of the National Museum of Iran Jebraeel Nokandeh said, “On Tuesday, October 3 some historical objects from the collection of works of ancient Armenian culture and civilization arrived in Iran so as to be displayed in an upcoming joint exhibition for three months.”

He added that two representatives from the History Museum of Armenia safely transferred the objects to the National Museum of Iran.

He emphasized that these works belong to the period between 4th millennium BC to the 1st century BC and are going to be put on show in the exhibition which is scheduled to open at the National Museum of Iran on October 17. The exhibition will be open to visitors until January 17.

The exhibition is the second experience in organizing foreign exhibitions at the National Museum of Iran, which focuses on the works of Urartu in the first millennium BC and is referred to as a link between Iranian and Armenian history.

After showcasing the Statues of Penelope, the joint Iranian-Armenian exhibition is the second case of showing foreign works in Iran during the administration of Hassan Rouhani.

In September 2015, three Statues of Penelope loaned out by Italy and the Vatican to Iran were put on display for three months in an exhibition at the National Museum of Iran.