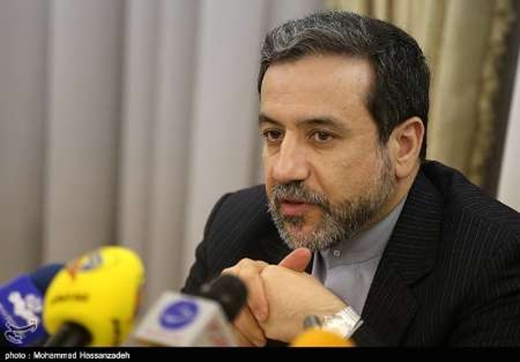 Deputy Foreign Minister for Legal and International Affairs Abbas Araqchi said that missile test is conspicuously different from Joint comprehensive Plan of Action (JCPOA) and that it never runs against the Tehran-5+1 nuclear deal.

Noting that President Hassan Rouhani’s letter to Defense Minister Brigadier General Hossein Dehqan means Iran’s missile program will not be compromised, he said that the country’s missile program is quite distinct from JCPOA.

Araqchi, also head of the Headquarters for Pursuing Implementation of JCPOA, added in a televised interview on Thursday night that the nuclear deal does not imply an end to the US’ enmity against Iran and that the enmities will not terminate.

Until the time Iran is withstanding against the US policies in the region, Washington’s hostile policies against Tehran will continue, he said.

Asked whether the US hostile approach immediately after the exit of uranium from Iran has a special message, he replied that elements within the US administration are seeking to kill the nuclear deal.

They have also attempted in the past two years to block the progress of the talks and after the talks and also created obstacles in the way of its approval by the US Congress, Araqchi added.

The Zionist and regional lobbies which are playing a crucial role in the US policies are attempting to prevent implementation of the JCPOA, he said.

Stating that six UN anti-Iran resolutions are in force, he said all past resolutions will hopefully be rescinded within the next two weeks.

The Americans are seeking to sanction certain elements involved in the missile test under the pretext of violating resolutions, the official said.

The US is attempting to put 11 legal and real persons as well as eight individuals’ cooperation with Iran’s missile program in the list of sanctions, he said.

Araqchi reiterated that Iran’s missile program will continue unwaveringly as the president in his letter insisted that the program is non-negotiable.