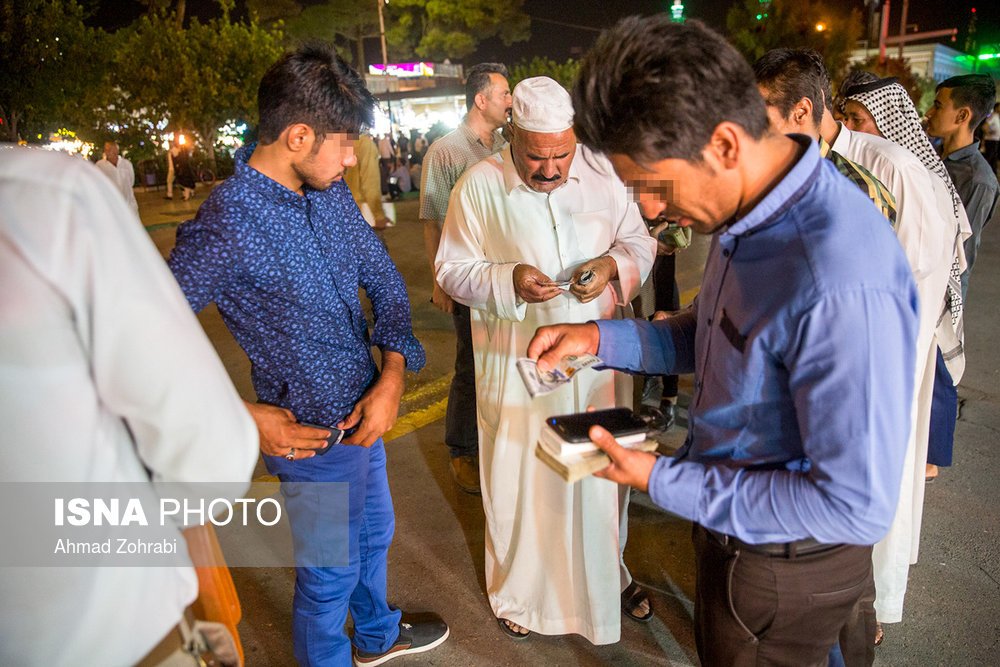 The three-month closure of currency exchange offices in the holy city of Qom in central Iran has prompted many ordinary people and even foreign pilgrims to turn to the city’s streets to exchange their money and even earn a livelihood.

Qom is a hot destination for religious tourism as it hosts the shrine of Hazrat Fatima Masumeh (AS), a sister of Imam Reza, the eighth Shiite Imam.

Each year, the city receives millions of pilgrims from Iran and neighbouring countries, particularly Iraq.

Amid the ongoing forex crisis in Iran, street markets have been formed at the streets surrounding the shrine in recent months, where Arab pilgrims carrying Iraqi dinar or US dollar exchange their currencies for rial.

The exchange offices were closed in April after the government implemented a plan to unify official and free-market exchange rates for the rial in favour of a single rate set at 42,000 against the US dollar.

The government took the decision to stop the wild exchange rate fluctuations and prevent the national currency from declining further to no avail.

The following are ISNA’s photos of the street market in Qom: