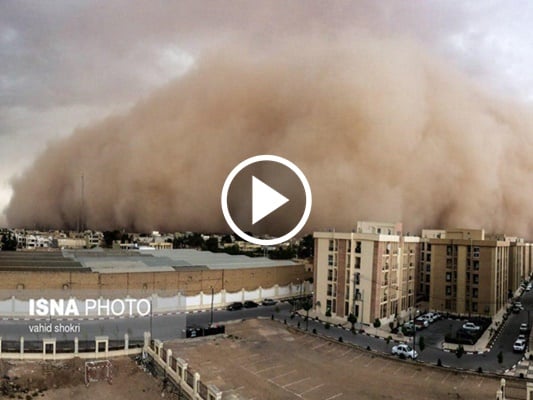 A devastating and horrific dust storm swept over Yazd province in central Iran on Monday.

Hadi Hadinasab, the director-general of the crisis management department of Yazd governorate, said the storm has fortunately left no casualties or damages.

“Reports from various regions in the province indicate last night’s storm has left no damage and there is no need to be concerned,” he said.

The province’s meteorological organization announced the storm had a wind speed of 102 kilometre per hour in the city of Bafq.