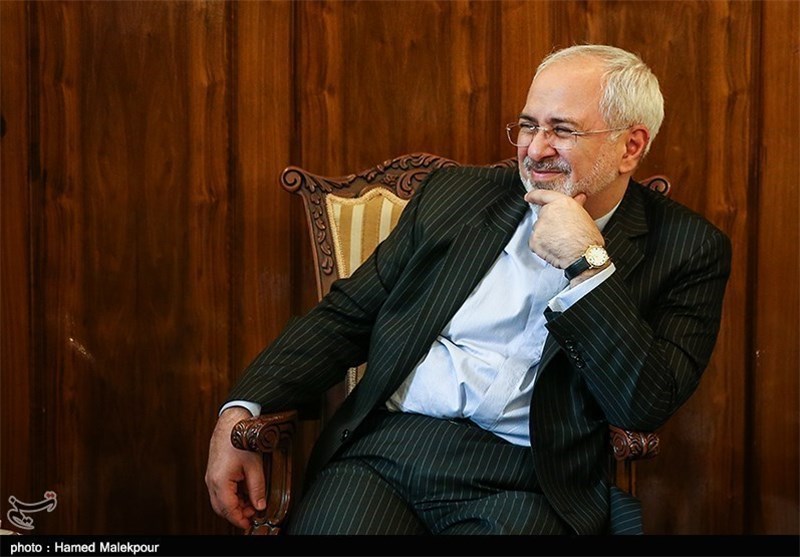 Those who have nurtured IS are criticizing those who are fighting IS, Zarif said.

On Thursday, the committee adopted a resolution, authored by Saudi Arabia and co-sponsored by Qatar and some other Arab countries, the United States and other Western powers, which condemns attacks against what it describes as the Syrian moderate opposition and accuses Iran and Russia of interfering in Syria.

The committee also adopted a resolution with 76 votes in favor, 35 against and 68 abstentions, which accuses Iran of human rights violations.

Speaking at a conference held in Tehran to celebrate the 70th establishment anniversary of the UN, Zarif deplored such resolutions as “jokes of history”.

He said countries with no idea about constitution or elections are talking about free elections in Syria.

“Those who have nurtured Daesh (ISIL) are criticizing those who are fighting Daesh,” the Iranian minister regretted.

“Unfortunately they get votes because of certain considerations,” Zarif said, lashing out at the countries that vote in favor of such resolutions.

Iranian UN envoy had also earlier slammed the resolution against Tehran and Moscow, saying the move would only discredit the UN.

Iran is active in Syria upon an official request made by the Syrian government to provide consultations to the war-hit country, he noted.

Dehghani also rejected the UN resolution containing allegations of human rights violations against Tehran as unsubstantiated, describing it as a result of Iranophobic policies.

The Canada-drafted resolution that contains spurious allegations against Iran reveals an attempt at “selective and political” distortion of the facts about Iran, he added.